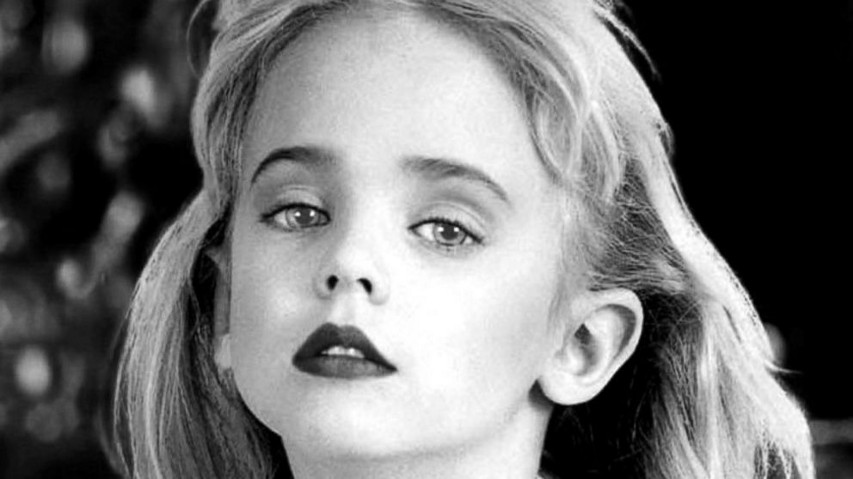 So virulent is the sexualization of children in our society, TLC actually features children dressed and made up to look like miniature hookers right on network television. Their show Toddlers and Tiaras regularly features young girls dressed up in makeup and provocative clothing dancing around onstage, often in sexually suggestive manners.

While beauty pageants are held worldwide, childhood beauty pageants seem to be a uniquely American phenomenon, with many cultures in other parts of the world either showing no interest or more vocally shunning them. Some cite concerns about what the pageants do to a child's self-esteem, a valid concern as young girls introduced to pageant culture often develop eating disorders or other issues with self-image.

Other critics point to the idea of pedophile culture as reason for concern. While strict laws do exist prohibiting the production and distribution of sexually suggestive images of children, voluntary images of children participating in pageants are not prohibited. And with the rise of the internet, a pedophile doesn’t need to attend a pageant in person to obtain photos and video. From rape culture to pedophile culture

Even for young girls not exposed to the pageant atmosphere, avoiding being bombarded by media images of the “ideal” woman is impossible. And what makes for an ideal woman in American society? Someone as childlike as any grown woman can be.

The ideal female figure is child-like, thin with few curves and has virtually no body hair. Grown women invest hundreds, if not thousands, of dollars annually on bikini waxes, shave gels and other hair removal products such as Nair designed to make their skin “baby smooth.” Likewise, the beauty industry rakes in millions of dollars in income yearly from women resorting to Botox injections, dermal fillers, face creams and other products designed to keep them looking younger.

Among the pornography industry, the most searched for terms on the popular free pornography site Pornhub.com are “teen” and “barely legal.” While federal law prohibits the sale or distribution of pornography featuring actors younger than 18, many of the actors features in such videos give such a convincing appearance of childhood that it is clear that were legislation not in place, age would not be a dissuading factor for viewers.

Equally eye-opening and depressing are callers on popular adult phone chat lines. Individuals wanting to connect with a live actress record greetings describing what they are looking for. The most common words heard are “taboo” – and when messaging male callers to have them further describe what sort of taboo acts they preferred, incest fantasies were most frequently mentioned.

The sexualization of child stars in popular media provides another clue to how insidious the desire some feel for underaged children truly is. 27-year-old model Ali Michael recently came under fire after she Tweeted that Finn Wolfhard, an actor on the popular Netflix series Stranger Things should call her in four years – which implies she is attracted to him now, as a 14-year-old child.

Indeed childhood sexual abuse remains Hollywood's most well-known dirty little secret. Recent interviews with child star Corey Feldman indicate he reported multiple times that he and fellow actor Corey Haim were the victims of sexual abuse on set. Their story is currently in production as a feature film for Lifetime.

Indeed, if the recent Harvey Weinstein scandal taught us anything, it was how widespread the phenomenon of victims not being believed when they came forward truly is. In 2014, Amy Berg struggled to find distribution for her expose film about pedophilia in Hollywood. She was sued by the Stage Actor's Guild over the project. Even more recently, while primarily black female voters kept alleged pedophile Roy Moore out of an Alabama Senate seat, still, nearly 50% of voters saw no problem with the allegations and cast their vote for him anyway.

Moving forward and breaking the silence

Recently, Time Magazine named the #MeToo movement and the Silence Breakers as their Person of the Year. While this is a step in the right direction, we must continue to keep the dialogue open regarding sexual abuse and sexual harassment. And a large part of this conversation must be the sexualization of children in media and in everyday life.

In order to stop the sexual abuse of children, we first and foremost need to believe the victims. So often when victims, especially young victims, come forward, they are met with disbelief or, worse, are asked what they did to urge the abuser on.

Legally, we must reinforce statutes protecting minors from adult predators. And we must arm our children at a young age with a safety net where they can come forward and put words to their experiences. Many young women who are sexually abused lack even the vocabulary to describe their experiences, and when they come forward years later, are shunned for not reporting the abuse sooner.

In terms of our media, we need to universally decry shows like Toddlers and Tiaras that allow for the sexualization of young women. We need to adopt the attitude of letting children be children, not miniature adults dressed up as tarts. And we need to portray a wider range of women of all shapes, sizes and colors in our popular programming, so that young girls grow up knowing their value outside of staying waif-like and perpetually young-looking.

We need to keep the discussion going, and change the popular belief that youth equals beauty, beauty youth. And we need to empower young women to come forward to report any inappropriate behavior instead of shaming them into thinking they were asking for it.