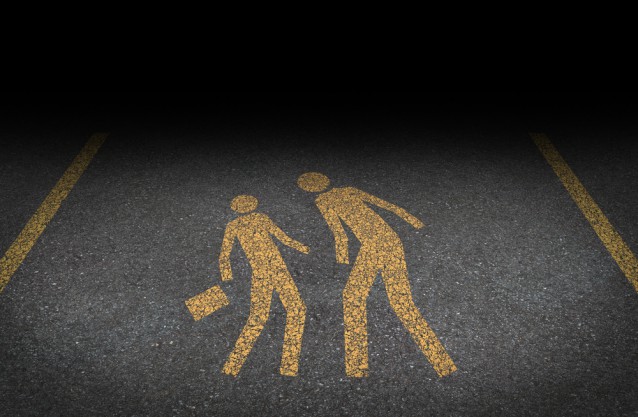 #guestpost: How common is sexual harassment on airlines? – @kateharveston

As you board a plane, it’s not uncommon to scrutinize the size of the seats and wonder where exactly your carry-on bags are supposed to fit. But other than that, we generally feel safe nowadays, having gone through several security screenings and identity checks to board the plane.

Another problem looms, especially for women who fly. Sexual harassment is commonplace on airplanes, with both passengers and flight attendants as targets. And the contained space in which it takes place makes the situation even more violating, with the person making unwanted advances — and the people who could stop it — sitting mere inches away. We know that many stories of sexual harassment, both on the ground and in the air, involve alcohol. One woman detailed her own terrifying experience with sexual harassment on a plane, noting just how much the man next to her had been drinking.

She said he downed several beverages quickly, perhaps to deal with a fear of flying. But the alcohol soon gave him the courage to make an advance on her, which started verbally and ended with him leaning in for a kiss. Nearby passengers intervened to stop him.

Other passengers have had similar experiences and have even taken legal action against the airlines for continuing to serve alcohol to dangerous passengers. Ayanna Hart said a man on her Delta Air Lines flight kept grabbing her throughout her journey, and the crew did little to stop or reprimand him.

Instead, they gave him “no touching” warnings, telling Hart not to worry about him because he was a frequent flyer.

In another case, a woman sat near an intoxicated man who placed his hand on her thigh and repeatedly squeezed, only stopping when she got up and walked to the flight attendant bay to tell them what was happening. When she received a new seat, it was just behind the man in question, who then continued harassing her.

How Often Does Sexual Harassment Happen on Airlines?

The FBI had no explanation as to why the number increased so quickly over a three-year period.  And, of course, they said that number represents only reported cases, meaning the figure is likely higher than what they’ve investigated.

A survey conducted by The Association of Flight Attendants-CWA found similar results.

It asked 2,000 flight attendants whether they had dealt with midair sexual assault. Although one out of every five respondents reported such behavior during a flight, law enforcement was notified or brought in less than half of the time.

Who Do Harassers Target?

The Association of Flight Attendants-CWA’s president, Sara Nelson, didn’t mince her words when speaking to Travel + Leisure magazine — calling sexual harassment on planes an “epidemic.” Other times, it’s not the passengers dealing with unwanted advances — it’s the flight crew.

Unlike passengers, who can move to a new seat, flight attendants have to continue doing their job, regardless of a passenger’s behavior. Many airlines don’t guide their employees in this type of situation, either, so flight attendants don’t have the authority to do much about the harassment.

In the same Travel + Leisure article, one woman explained that the person harassing the staff would have to be endangering the flight’s security to justify a diverted landing. Many flight attendants, then, are left to deal with harassment in a handful of different forms. Some female flight attendants say that passengers hurl inappropriate comments their way, while others touch them — pinching and grabbing them — while they’re serving refreshments or otherwise doing their jobs.

A lot of this treatment deals with the fact that society’s judged flight attendants by their looks in the past, and the fact that there is the viewpoint that attendants are there to serve — leading to some passengers to see them as nothing more than objects — just pieces of the scenery on an airline trip.

Another reason why this behavior continues stems from the airlines themselves. From a business perspective, airline passengers are valuable customers, and a flight attendant is a replaceable customer service representative.

And if you know customer service, you’ll know that distinctive motto, “The client is always right.”

For many attendants, this incorrect and outdated viewpoint leads many male and female flight attendants to endure treatment that’s unacceptable.

How Do You Stop Airline Sexual Harassment?

Sexual harassment is something women endure on a daily basis, and an airplane is only another setting for it. The question remains though, what can men and women do to stop this kind of harassment?

One suggestion for rectifying this type of behavior came from one of the flight attendants who dealt with inappropriate behavior herself — she said women should continue the conversation in the hope that awareness will improve the situation.

In the meantime, though, it’s imperative that you remain vigilant while flying, or anywhere else. Don’t be afraid to speak out against someone that’s harassing you, another person or a staff member, wherever that harassment may be taking place.