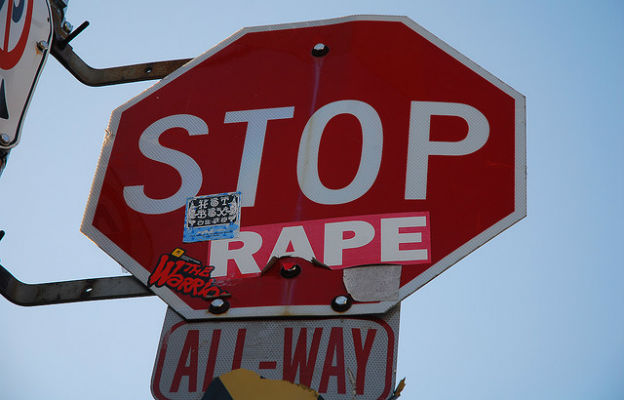 #guestpost: Discussions we should be having in the wake of the Larry Nassar scandal – @kateharveston

A Michigan Court has now stacked several full lifetimes atop the prison sentence of Larry Nassar. This is a man who, in November 2017, pleaded guilty to three incidences of “criminal sexual conduct” performed between 2009 and 2011 while working at a gymnastics club. The charges refer to his abuse of three young women specifically, who were all between the ages of 13 and 15 while they were under Nassar’s care. His total victims may number 265 or more. The first 60 years of his sentence are for child pornography alone.

Larry Nassar is not a good person. Unfortunately, there are others like him out there. But that’s not the full story — the full story must also include the people who protect the bad guys and sell their victims up the river.

There are forces in America who want to make it more difficult to drag execrable behavior into the daylight. As we speak, the state of Utah is under pressure from the Church of Jesus Christ of Latter-Day Saints to pass legislation to turn Utah into a so-called “two-party consent state” for audio and video recording. Concerned citizens are now rushing to their phones to let state representatives how they feel about this development.

Technologies like the dashboard camera and the hidden voice recorder have helped many victims of all manners of crimes take their stories public with compelling evidence. Progressives in Utah are calling out H.B. 330 — so-called “Communication Interception Amendments” — as what they are: legal protections for known abusers.

If this bill becomes law, it would make it illegal for citizens to record their private conversations and “interviews” with bishops. Having already taken several black eyes from dispatches like MormonLeaks and the Mormon Stories Podcast, the Mormon Church in Utah wants to make it far more difficult for the truth to reach receptive and sympathetic ears.

We can’t carry on as though churches have a monopoly on abusive behavior — that only reduces the perceived scale of the situation. As Larry Nassar, unfortunately, helped prove, abuse can happen anywhere there’s temptation to leverage one’s power over others. Nassar worked in close quarters with young women frequently without oversight of any kind.

Bishops in the Mormon Church have the opportunity to put their victims in similar corners. These young men and women are made to feel isolated and vulnerable. And after that, even if they do drum up the courage to go public, they’re forced to do battle in public court against a church or other institution that wields a legal department similar in size to that of a small sovereign nation.

What needs to change

Information has come to light that seems to indicate Michigan State University knew about some of the claims against Nassar — possibly for decades before his crimes went public — and never said anything about it to the authorities.

After lawsuits become ripe for the plucking is not the time to discuss child sexual abuse. It is morally correct for victims of this type of crime to receive recompense to alleviate some of their suffering, but these reactive, knee-jerk measures, applied retroactively like Band-Aids, make American culture and its pretenses of exceptionalism look dangerous, naïve and stupid.

It’s not hard to see why many are making the incendiary suggestion that American society is in collapse. Can you possibly doubt it? America is not beyond redemption — not even remotely — but it seems the most visible appendages of our culture and institutions have taken an unpleasant trajectory lately.

America has always had a complex and embarrassing relationship with sex, but the #MeToo movement and the now-nearly-countless tales of abuse having been swept under the rug have finally begun to turn the tide. We have a movement now — something meaty we can sink our pitchforks into. But why did it have to come this far?

Crimes go unpunished in America regularly in the name of religious, political or personal convenience. Insofar as the world still looks to us for moral leadership, we are failing them miserably.

There’s no real lesson here, either, except perhaps to watch out for confirmation bias. We look for, and tend to see, only the bad guys we’ve been specifically trained to look for, after all. Most of us have, at one point or another, been instructed to “See something, say something” — at an airport about unattended luggage, for example, or perhaps about a neighbor who looks a little too Middle-Eastern for our president’s liking.

As a species, we are forever being encouraged to dispense our powers of observation, suspicion and surveillance in every direction except the ones that matter the most. We vilify immigrants because that’s what inexplicably charismatic politicians say to do. We vilify the working poor because we work hard and assume they do not. We vilify rape victims because we assume there is more to the story.

Our moral compasses have failed us, clearly, except for one: the court of public opinion. And that can be treacherous ground. Technology enables us now to bundle our grievances into movements — to connect victims from different places and different walks of life in common cause and common discomfort. Are we turning a corner, finally, toward mutual trust? Things are going to hurt for a bit longer, and the list of those hurt by sexual predators is, unfortunately, likely to get longer, too, but this particular type of secret, this kind of social harm, at least, is getting harder to hide by the day.