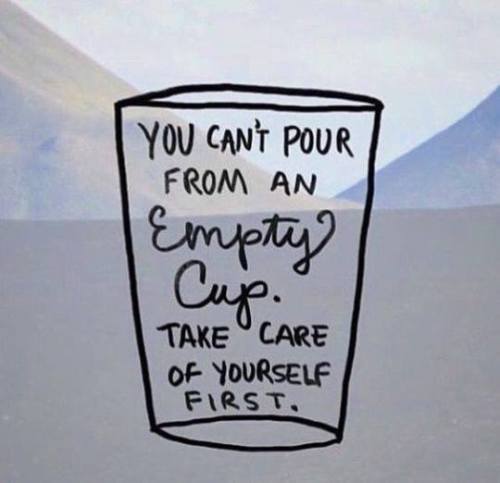 What do these things even mean, outside of a psychology framework? And how would you determine and measure the results? Personal growth, improvement, realization, actualization, and empowerment sound like noble aims, so we are understanding and encouraging when women name them as “personal goals.” We are all exhausted, stressed out, depleted, depressed, and distressed, and so can relate to and empathize with women experiencing the same. But, as feminists, we know patriarchy exists and that we face various forms of oppression in this world, so why don’t we question the oft-repeated advice, “Take care of yourself first,” when a sister expresses her troubles, and instead say, “Let’s help one another.”

Divide and conquer is the oldest trick in the oppressor’s book, and it is working against us. In her 1975 book, Psychotherapy: The Hazardous Cure, Dorothy Tennov detailed what therapy truly is, in terms of a profession and study, demonstrating how difficult it is to prove that it’s helpful at all, at a time when psychology was gaining traction. Many of her concerns for the continued normalization of psychotherapy have come true, as it has become more and more socially accepted for women to see therapists, and become therapists themselves. But the destigmatization of therapy is not a positive for the feminist movement. As Tennov concluded:

“There is no question that the person who goes to a psychotherapist and learns to adapt to a situation, to adjust herself, is less likely to apply pressure outward in an attempt to bring about change in society. Psychotherapy is a distraction from other pressures.”

'Take care of ourselves'

We have been taught, through the normalization of therapy, to individualize our struggles and look inward, rather than outward. Therapy works to prevent us from connecting with one another. It isolates us — each of us is appointed our own therapist, who teaches us how to cope with our “issues” privately. We learn we must take care of ourselves, and work on our personalities in order to better cope with the world around us, before we can act. What therapy doesn’t teach us is that women’s anger is justified, that our suffering is real, and that what we often describe as “mental health issues” are mostly caused — or greatly exacerbated — by structural oppression. Psychology pretends that the solution to — or “treatment” for — our problems is in improving our attitudes and ability to cope, instead of tackling the problems together.

There are many examples of how psychology has infiltrated our vocabularies and shaped discourse, for example the idea that women may suffer from “internalized” misogyny or homophobia, rather than speaking about these issues as being a result of external, systemic prejudice and hatred. It has also influenced how we approach friendships and relationships with other women. Venting to a friend is sometimes described as “therapeutic,” and women will often say they played “armchair therapist” when consoling, advising, and listening to their friends. Good therapists are described as being empathetic, attentive, and, most of all, people we trust and can speak openly to without being judged. These are all qualities one would hope describes a good friend, but we have been taught that we are not enough, and that there are “professionals” who are simply better at empathy than us. When our friends and loved ones are deeply upset, we support them in seeking “professional help,” as if a one-sided arrangement, wherein a stranger — detached from their everyday lives, in a position of power over them, and paid for — will be better able to care for them than we would be. We don’t trust ourselves to care for our own because there is an alternative “professional” option.