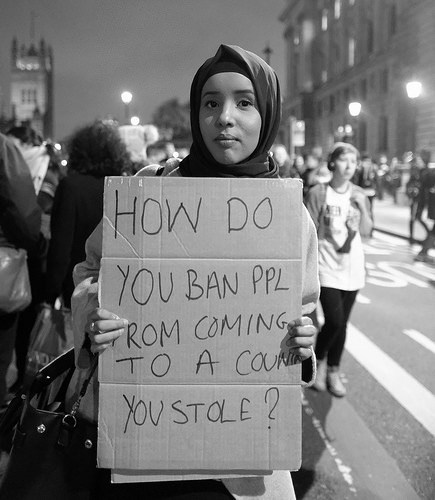 Ms Ilesanmi was in the UK on a joint visa with her husband, but fled her home with her small daughter because of the abuse she suffered there. She says she was beaten and forced to have an abortion because she refused to subject their daughter to FGM, a practice which tragically persists in the UK. It is estimated that 137,000 women and girlshave been affected by FGM in England and Wales. Ms Ilesanmi’s husband is believed to have reported that they were estranged to Home Office officials, and the Home Office subsequently refused her leave to stay in the UK.

Ms Ilesanmi left her home to escape domestic abuse and found herself facing deportation. Her treatment raises important questions regarding the ability of women to speak out and seek help regarding abuse in the domestic sphere. How many women are tied to abusive partners under threat of deportation?

(Image: shared by Alisdare Hickson under a Creative Commons license.)