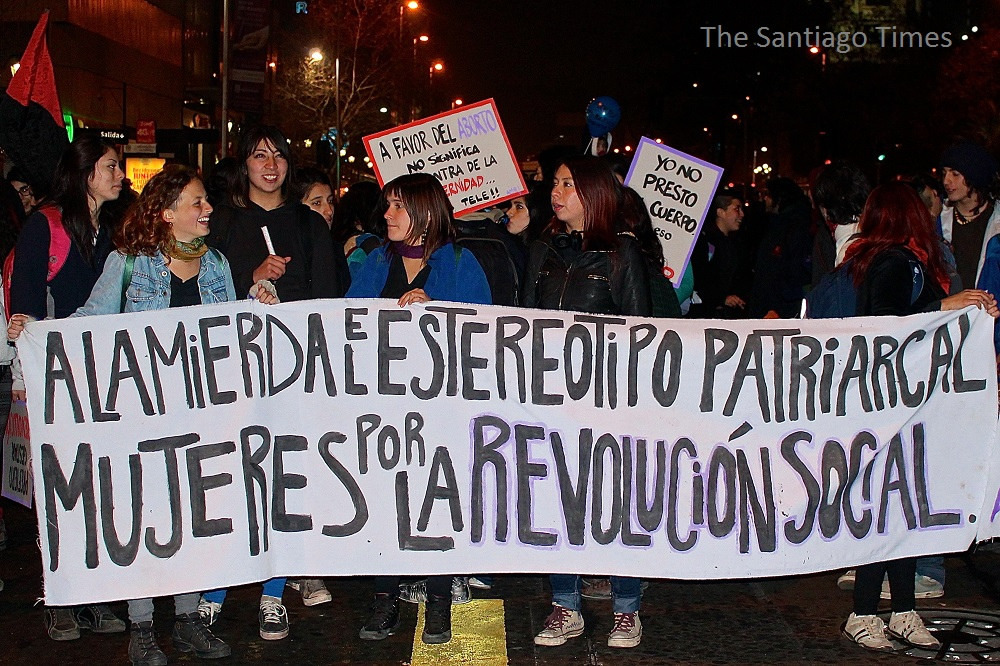 #womenslives: Life under the world’s strictest anti-abortion law, on @msmagazine A wavy-haired woman with a kind voice speaks into the camera. “I’m going to tell you how to do it.” Behind her, sun shines in Santiago, Chile. Cars honk; big red buses whiz by; men and women amble toward work.

The woman continues her instructions. Leave your house and buy something you normally would, she says: a newspaper, maybe, or bread. Then head to a busy intersection. “You’ll notice how some cars run the traffic lights.” Her face is serious. “Actually, they say that the faster they’re going, the slower their reaction time.”

Pick the car most likely to speed up at a yellow light, she says. Angle yourself so they’ll hit you directly—bumper to belly.

In an instant, tires screech. There’s a sickening crunch. The screen goes black. A beat later, white letters appear: “In Chile an accidental abortion is the only kind of abortion that is not considered a crime.”