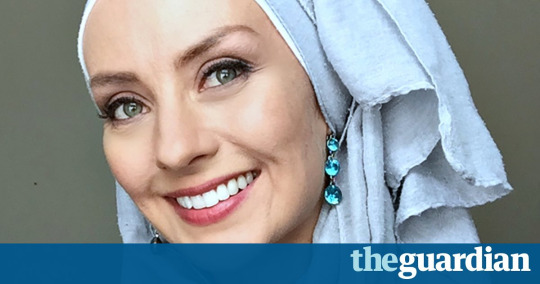 Islam’s patriarchy and western feminism have said a lot. Now Muslim women who fight sexism (yes we exist) must be heard

Within minutes of arriving to collect my professionally bound thesis, I found myself on the receiving end of an unsolicited and impenetrable rant about female genital mutilation.

It’s uncanny how often people try to demonstrate their concern about the alleged oppression of Muslim women by humiliating them. Even finding out the details of my research findings doesn’t seem to deter them from baldly sharing opinions.

A well-known and popular journalist approached me and asked what I did for living. His reaction, despite belonging to a group of people usually known for their cognitive skills, was so representative that I scribbled it down on a dinner napkin as soon as he left so I would not forget a word:

Journalist: So what do you do?

Me: I’m completing my PhD.

Me: (purposefully vague) Sociology and politics.

Journalist: But what is your exact research question?

Me: (inward sigh at what was inevitably to follow, but valiantly indifferent exterior) I’m investigating the way Muslim women fight sexism within Muslim communities.

Me: (through gritted teeth) Not really. It’s been going on for many hundreds of years, and I’ve been spoiled for choice with the number of women who have been willing to be participants in my research.

Journalist: Did they want it known what they were doing? Or did they need it kept secret?

Me: (icy frustration descends into Arctic winter) Oh, many of them were happy to be identified in my research. In fact, some were angry when I suggested giving them a pseudonym, insisting they wanted to be known for this work.

Journalist: (now completely flabbergasted) But … but, did their husbands know of their apostasy?!

Me: (choosing to ignore use of “apostasy” as eyes take on glacial sheen) Actually, many of the women listed their husbands, or another Muslim man – like their father or imam – as their greatest supporters.

I’ve had similar exchanges — too many to count — with non-Muslims over the course of my research. Commonplace is the firm conviction that sexism against Muslim women is rife, most often coupled with the utter disbelief that women who challenge sexism could exist, let alone that there are many of them, that they are not a new phenomenon, and that Muslim men often support them in their efforts. I often wonder how people can be so comfortable presenting these attitudes directly to me, a clearly identifiable Muslim woman in a hijab. They do not appear at all uneasy in making it apparent just how bad they think life is for any and all Muslim women, and how unengaged they believe Muslim women to be in confronting the sexism they invariably face.