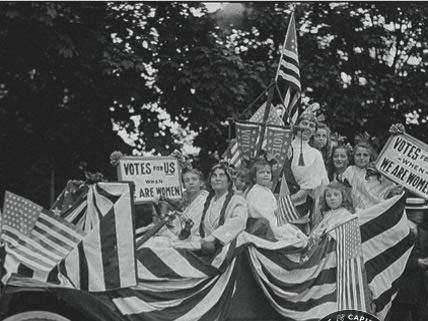 #vivelafeminism: being a libertarian and a feminist Libertarians despise racism and sexism as much as anyone because it is a form of collectivism that strips someone’s individual identity with a set of traits and stereotypes. Rugged individualism is at the core of libertarian philosophy, while collectivist ideologies go against many of the tenants of libertarianism – the belief that the government should not outlaw “hate speech” for example. Though I may disagree with the extremely vile comments made by Richard Spencer (and should I ever meet him in person, I would make sure to let him know), I do respect his right to express his beliefs until he actively threatens harm.

During the 2016 Libertarian primaries, one of the hot button issues was whether a Christian bakery should be required by the government to bake a wedding cake for a gay couple, even if they feel that it goes against their religious beliefs. Gary Johnson’s view was that the bakery should have to bake the cake, but they did not have to decorate it.

While I do enjoy Gary Johnson, and voted for him, this is not a libertarian view.

Requiring a business to give a service to anyone conflicts with freedom of association and the owners right to their property.

Austin Petersen would combat Johnson’s views with the question of requiring a Jewish bakery to bake a Nazi cake, but this argument would also apply to black owned bakeries refusing to serve members of the KKK, or a bakery owned by women refusing to serve a man who makes jokes about women belonging in the kitchen.

Again, a libertarian would find it unwise for a business to discriminate against anyone, as that company would soon lose profit and potentially close, but we respect their right to associate with whomever they please. The same can be said for requiring a business to provide birth control as a part of the company’s health insurance.

The best way to fight discriminatory business practices is to not give them your dollar, and encourage others to do the same, rather than legislate how they may run their business.