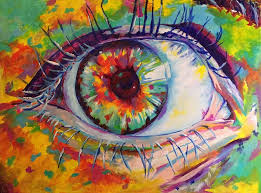 #vivelafeminism: America is in crisis—and women of color are at war – @msmagazine #resist

One of my closest friends recently discovered she was pregnant. She and her husband had been trying to start a family since college, but were unable to because the women in her family suffer from grave fertility challenges. Once she reached three months in her pregnancy, she began to experience traumatic events. Her body was no longer strong enough to carry the baby to full term so her doctor advised her to terminate the pregnancy or risk dying of complications. Finding an abortion clinic in her area was nearly impossible. The few clinics that survived the massive state closings faced staffing issues, so their hours of operation were limited. Like so many women seeking abortions, these complications added mental, physical and financial turmoil to her life.

On June 27, 2016, in a long awaited ruling, the Supreme Court struck down a restrictive Texas abortion access law that would have shuttered all but a handful of clinics in the state. For months, women nationwide held their breath in solidarity with the women of Texas. The passage of this law would have had major implications for many states, especially conservative southern states like Louisiana.

A few months prior, as this case was being argued before the Supreme Court of the United States, I stood face-to-face with history. It was a somber yet powerful experience as over 1,000 reproductive rights advocates stood together on the steps of the Supreme Court. An attack on woman’s fundamental human rights was underway, and the reproductive justice community was literally on the front lines. In that moment, I realized that this country had placed more restrictions on my uterus than on my neighbor’s guns. On that day, I stood in solidarity with the many women across the U.S. who are constantly denied full autonomy over their bodies and their ability to make choices about their lives.

For black women, difficulty accessing abortion services is only a fraction of the reproductive discrimination that we experience. The era of forced sterilization has now turned to prescriptions of experimental birth control measures that are disproportionately distributed to the poorest and most vulnerable communities. Black women’s reproductive health issues are complex and often overlap with socioeconomic oppression. Not only are black women fighting for the right to decide when and how to start a family, but also the ability to raise their children in safe and healthy environments.