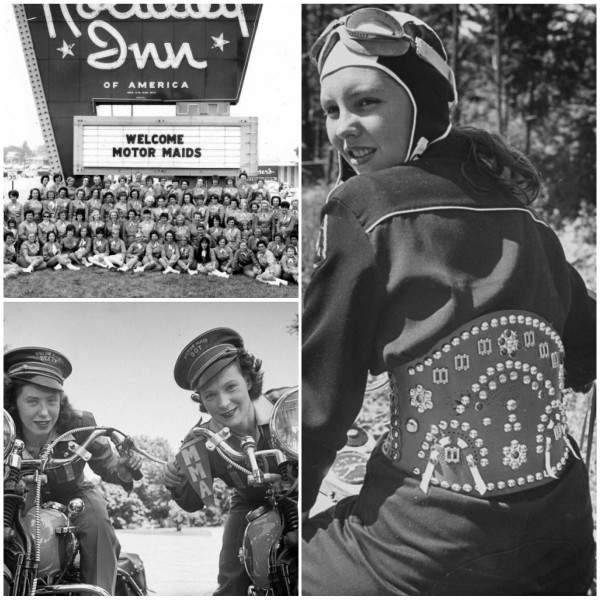 Dot Robinson soldiered through 500 miles of endurance tests. She forded rivers, waded through sand, scrambled up rutted mountainsides — all on a motorcycle. By the end of two days, she became the first woman to win the Jack Pine National Endurance Championship, which in 1940, was the two-wheeled equivalent of Daytona.

Robinson dedicated her life to the sport, and would become known as the “First Lady of Motorcycling.” But first, she was a Motor Maid.

The same year she won Jack Pine, Robinson met another young bike enthusiast. Linda Dugeau wanted to start a motorcycle organization for women, inspired by The Ninety-Nines, Amelia Earhart’s troop of female pilots. The pair set about recruiting for their new venture, the Motor Maids of America.

The going was rough at first. The few women riders they did find were either outcasts or afraid to be seen as such. The prevailing assumption was that all women bikers were lesbian man-haters. And making solo trips around the country was downright dangerous, stereotype or not.

For the founders, these fears would form the backbone of their mission. Beyond a social club, the Motor Maids would act as ambassadors for the sport, and offer a legitimate, organized, safe space for women to get more involved. In the first year, the group managed to secure 51 members from around the country.