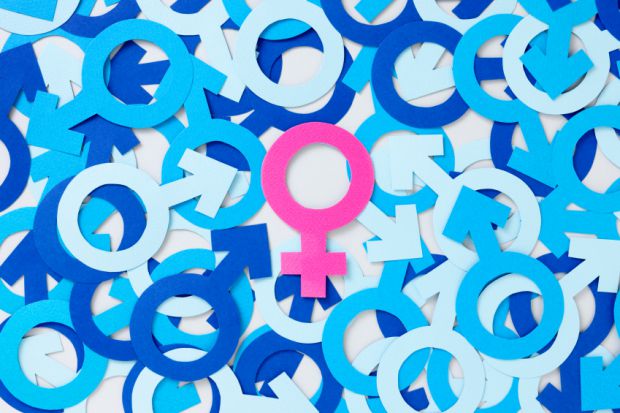 During the summer I have seen several videos and posts online that have caught my attention. Social media can a great way to study people and what a person or several people ”like” on social medias such as Facebook say much about values and opinions on for example issues concerning gender.

One of the videos that have been shared numerous times online is a clip from America’s Funniest Home Videos (AFV) called ”That moment you learn you’re getting another sibling” and is a compilation of different videos of kids learning the sex of their new sibling. The kids cry or cheer as they find out if the new sibling is a boy or a girl. People who have shared the video have made comments that it is funny or cute, and it is, but it also provides a whole lot of information on norms concerning gender.

In the video there are different clips of parents letting their children know the sex of their new sibling by either telling them or giving the little clues in form of presents that contain clothes, balloons in different colors and cupcakes or cake that by color reveals the sex of the unborn baby. What disturbed me was the fact that pink was used to indicate that the baby was a girl and blue was used to reveal that the baby was a boy. If the baby was a girl the siblings unwrapped gifts with typical girl clothes, pink balloons, tiaras or pink cake. If the baby was a boy blue color was used on frosting or the filling of cakes or cupcakes. In one instance a mother is talking to her son and daughter while they cut cake that turns out to be blue. The boy, who is a few years older, says: ”Blue…yes!”. The mother turns to the girl and says: ”Do you know what that means?” and then tells her son: ”Tell her”. The son cheerfully states: ”It’s a boy!”. In my opinion this clip is great evidence that gender role expectations are socially constructed and learned. It also shows how parents teach their children that some colors and some pieces of clothing indicate boy and not girl and the other way around. We also see an older boy teaching his sister that blue is for boys and not for girls.

I too laugh at the children’s reactions as they cheer or cry but I cannot help to cringe over the strict norms and codes that these children are being taught. Especially as I just read an article in Swedish media stating that more people than ever feel like their biological sex does not match who they consider themselves to be. Together with this I have seen an article being frequently shared on Facebook discussing a Canadian parent who has decided not to raise a new born child as either boy or girl but to employ gender neutral means to ensure that the child is allowed to decide in the future if it considers itself boy or girl. The reactions to the article were mixed to say the least and some people gave the thumbs up while other meant that this was child abuse and that the child would grow up to be confused. Other people held on to the fact that there are only two sexes and that everyone must be identified as either boy or girl.

One final thing that I will mention that upsets me is the ongoing “disablism”, on for example Facebook, that occurs in form of memes saying something like “tag a friend who would date her” or him or something to that extent. Often there is a video of a person who does not fit the general norms of beauty and who is not accepted as an attractive person either by looks or behavior and who does something that other people make fun of. These videos, often showing a person with a disability, are shared and commented on for the amusement of others which makes me feel sick over the lack of respect that is shown for the person in the video. Social media can be great but we need to be truly critical about the information that is shared and how is supports certain norms and expectations.