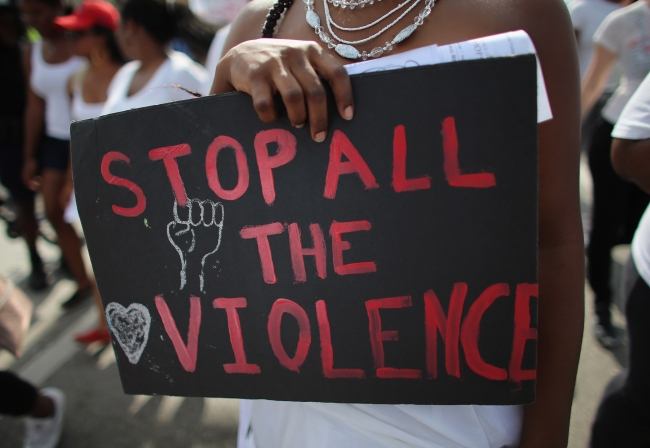 Statistics about rape are always heartbreaking, but when you look at the numbers coming out of India, it becomes downright terrifying. Did you know that rape is the 4th most common crime in the country perpetrated against women? What makes that number even scarier is that those numbers are only based on the crimes that are being reported — and there isn’t a lot of information on the crimes that are going unreported and unpunished.

On top of that, women who report these crimes are being subjected to a humiliating ‘two-finger’ test, one that’s actually been banned in India since 2014, but is still in practice.

A History of Violence

Sexual assault has been a problem in India for a long time, but it didn’t make it into the global spotlight until the brutal gang-rape of a New Delhi student that left her facing a number of invasive surgeries to repair the damage that was done in 2012 and resulted in her eventual death.

In response to that awful event, there was a surge in reporting and even a surge in convictions through the years that followed, but women and girls who are reporting their crimes are still unable to access many of the services they need to assist them in their recovery.

There’s no way to sugar coat this — the infamous ‘two-finger’ test consists of a medical professional putting two fingers inside a woman’s vagina to determine whether or not she is sexually active.

It was ruled as an invasion of privacy in 2013 by the top court in India and banned outright in 2014 when new guidelines were issued by the Indian Council of Medical Research — but that hasn’t stopped some doctors from continuing to perform the test and including it in their patient’s charts.

Women don’t report their assaults because they fear retaliation, or because they know that if they do, they will be judged on their sexual history rather than offered the medical assistance and counseling that they need to recover.

The biggest problem women in India are facing when it comes to rape is the fact that sex is so taboo in the country. Women don’t report their assaults because they fear retaliation, or because they know that if they do, they will be judged on their sexual history rather than offered the medical assistance and counseling that they need to recover.

Much of this is cultural — the Indian caste system places women on a lower rung than men, and even their religious texts disparage women, calling them sinful and poisonous. Others blame it on the large disparity between the genders in the country — men outnumber women by as much as six to one.  Neither of these is an excuse, though, and these explanations do nothing for the victims of the 37,000 rapes that are reported each year, or the countless thousands more who are victimized and never report their assaults.

We Need a Solution

The cultural stigma surrounding sexual assault in India is one of the biggest hurdles to preventing this kind of crime. The government is starting to take some steps to give women tools to protect themselves, but panic buttons on buses and GPS-enabled phones aren’t going to totally fix this inherent problem — if anything, it will probably only make it easier to find the victims after the crime has already taken place.

The Indian government also needs to start providing services for victims that don’t include being violated by a doctor when they decide to report their crimes — a patient’s sexual history has nothing to do with being a victim of rape, and it shouldn’t be included in a medical examination. Mental health services should also be made available to victims and those in recovery — crisis counselors and other mental health specialists can help these women recover from these heinous crimes.

The current feminist movement in developed countries is, arguably, a bit scattered. A great direction for some of the growing intersectional energy in the movement would be to start looking at how we can use our privilege and means to reach out to less advantaged women in other countries and help them. We need to start talking about this more. No one should have to live in fear, no matter where they call home.