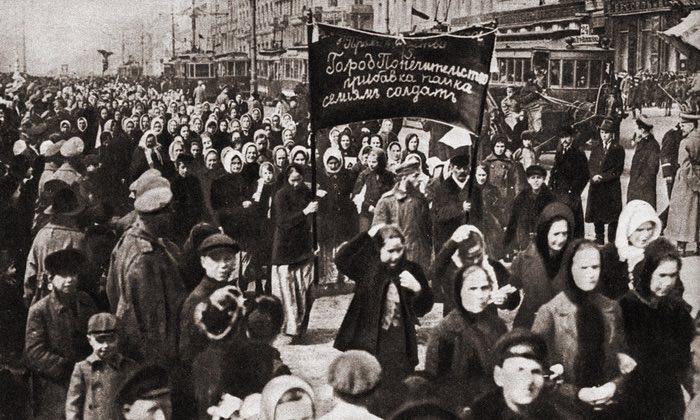 #anonymouswasawoman: #HERstory: the women’s protest that sparked the Russian revolution The first day of the Russian revolution – 8 March (23 February in the old Russian calendar) – was International Women’s Day, an important day in the socialist calendar. By midday of that day in 1917 there were tens of thousands of mainly women congregating on the Nevsky Propsekt, the principal avenue in the centre of the Russian capital, Petrograd, and banners started to appear.

The slogans on the banners were patriotic but also made forceful demands for change: “Feed the children of the defenders of the motherland”, read one; another said: “Supplement the ration of soldiers’ families, defenders of freedom and the people’s peace”.

The crowds of demonstrators were varied. The city’s governor, AP Balk, said they consisted of “ladies from society, lots more peasant women, student girls and, compared with earlier demonstrations, not many workers”. The revolution was begun by women, not male workers. (guardian)