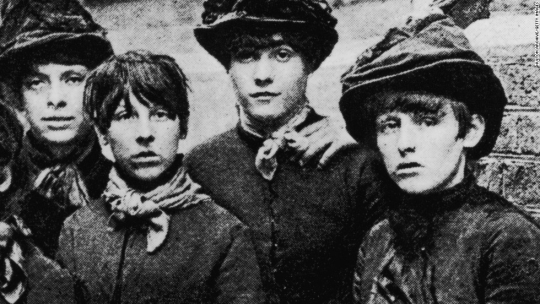 The received wisdom is that the heroic London dockers of 1889 led the way towards social justice, greater equality and spurred the foundation of the Labour movement.

In fact it was London’s working class women, a year earlier, who were the vital spark that lit the blaze that showed the way to trade unionism. The men learned how it was done from their mothers, wives, sisters, daughters and neighbours. It is a story, 125 years on, that needs to be told.

The Matchgirls’ strike of 1888, at the Bryant and May factory in Bow, is one I heard at my Mum’s knee and never forgot. It is a story of tenacious bravery and of leadership that came from women within the impoverished, uneducated working-class, mainly Irish-immigrant communities of London’s East End.

The story of the Matchgirls’ strike was a favourite of Mum’s because it talked about women like her, her mum, her grandmother and great grandmother, who lived in those very same streets and who had the courage to fight and win against enormous odds.

Bryant and May was a well-regarded and politically connected company: a household name with powerful shareholders. It cultivated an ill-deserved reputation as a caring employer and established a powerful monopoly.

By 1888 it could pay its workers less than it had 12 years earlier, becoming the chief British employer of match workers and the largest employer for female casual labour in the East End of London.