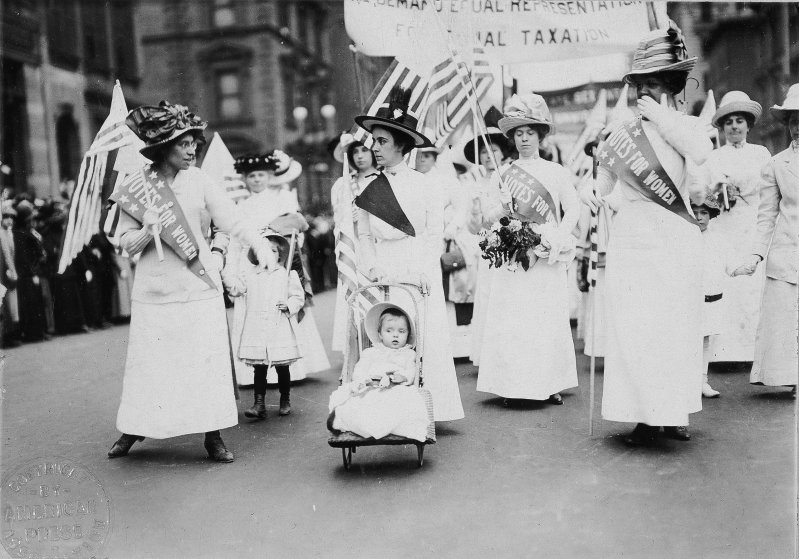 “In 1909, at the original such march, it was for better working conditions. This year, the day will be an occasion for the movement associated with January’s post-Inauguration Women’s March protests to continue to make its voice heard.

But during the first decades of the 20th century, there was one particular cause that drew many American women to take to the streets: the right to vote.

Images of suffrage marches from the decade before the 19th Amendment enfranchised women, from the Library of Congress’ collection of early news photographs, capture that important moment in time. For this year’s International Women’s Day, TIME commissioned freelance photo editor Sanna Dullaway — who has previously worked with photos of the Pearl Harbor naval base, Queen Elizabeth II and much more — to colorize several of the images from that history.

In this case, the colors are particularly important: the flags and outfits of early suffragists (and supporters of progress for women today) used colors to represent the ideals they valued. Purple for loyalty, green for hope, gold for light and life — and white, one of the most commonly seen colors in the suffrage movement, for purity of both person and purpose.