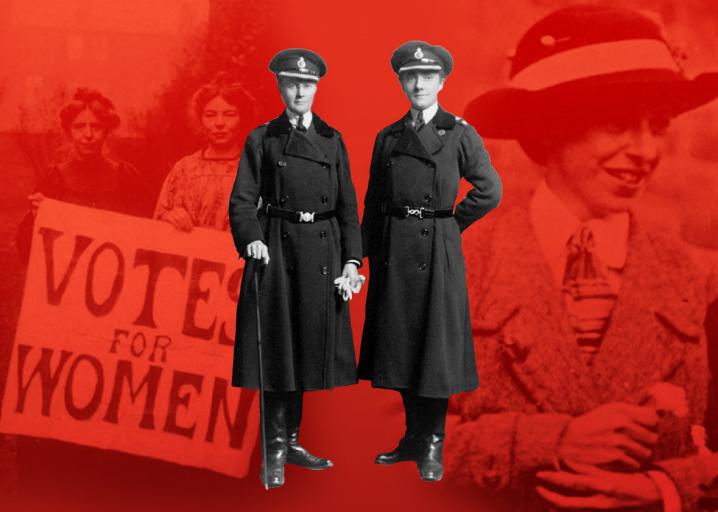 #anonymouswasawoman: British women, the vote, and the fascist movement Excerpted from Hurrah for the Blackshirts!: Fascists and Fascism in Britain Between the Wars by Martin Pugh. Published by Penguin Random House UK.

Sir Oswald Mosley’s immediate appeal consisted in his economic program, a marriage of Keynesian ideas for stimulating domestic demand and a policy of economic autarky influenced by the example of the United States, with its huge home market insulated from the fluctuations of the world economy. A former Labour MP and founder of Britain’s pre-eminent fascist paramilitary organization, the British Union Fascists (BUF), Mosley spent the summer of 1932 writing a 40,000-word manifesto. The Greater Britain combined Mosley’s economic strategy with an explanation of the case for fascism.

It was a cogent document, offering a far more considered approach to fascism than any of his continental counterparts had done. His protectionist-nationalist emphasis made an obvious appeal to frustrated Conservatives and to workers in depressed industries. Although the BUF was finally disbanded by the British government after the outbreak of World War II, Mosley easily outflanked his right-wing rivals in the 1930s with his relentless attacks on successive governments for promoting imports of foreign goods, and on city financiers for damaging British manufacturing and agriculture by making loans to foreign countries: “These are alien hands which too long have held their strangle grip on the life of this country…”1

While this radical social-economic program was Mosley’s chief draw, he never concealed the fact that signing up to fascism also involved a rejection of Britain’s traditional political system, which was “devised to turn a man into a windbag in the shortest possible time.” In The Greater Britain, he rehearsed the recent failures of British politics arising from a system almost calculated to prevent governments from governing, and he frankly advocated a more authoritarian state which would be above party and sectional interests.

Aware that this made fascism appear alien to British traditionalists, he attempted to place Britain in the wider context of fascist development: “If our crisis had been among the first, instead of among the last, fascism would have been a British invention. As it is, our task is not to invent fascism but to find for it in Britain its highest expression and development.”