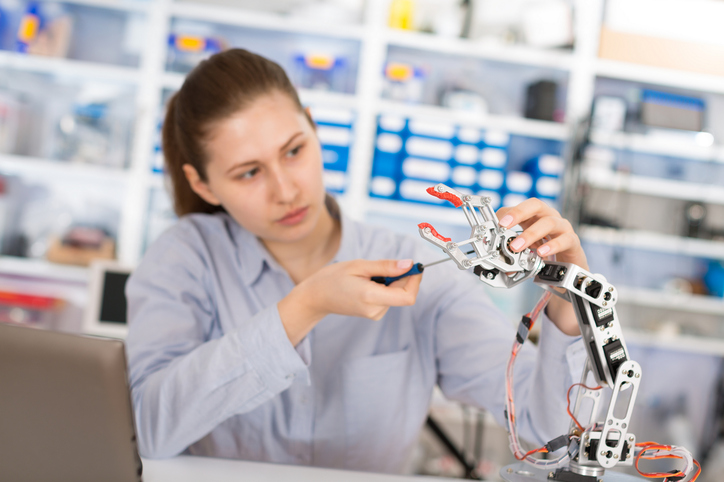 #academia: misogyny is to blame for the gender gap in stem – @rolereboot As a female scientist, I have had my fair share of misogynistic experiences. Some of them were covert attempts to remind me of my pre-determined role, while others were more flagrant. My male post-doctoral mentor repeatedly requested and expected me to babysit his child, even during a business trip where I was supposed to network with senior colleagues (My 6’5″ male counterpart was never solicited for such duties). This same mentor got hostile when I questioned why he was forcing me to add co-authors, including his wife, to an academic paper when they did not contribute to the research in any capacity. Yet, when I spoke to the male executive director about such ethical concerns, the only real recourse I had at the time, he told me that as a post-doctoral researcher, I was “two steps above a slave” and I should “just be happy to have a first-authored article.”

The message was clear: I was overstepping my boundaries, I should be grateful for any opportunities provided to me, and I should stop being a troublemaker. I was extremely fortunate to leave that position after a year, but many women are trapped. There are so few academic employment openings in any given year, and competition is high and qualifications are usually very specific. I often question how long I would have lasted in science if I had to remain in that stifling environment, and I recognize misogyny is a fundamental source of the gender gap in STEM.

The gender gap statistics are staggering. Although college-educated women make up approximately half of the U.S. workforce, they account for only 29% of science, technology, engineering, and math (STEM) jobs. Disparities continue when the STEM occupations are examined by field, with only 25% and 15% of women occupying computer science and engineering careers, respectively. Social science is the only field where women outnumber the men, with the majority employed as psychologists. What a shocker: More women than men are earning a living through listening, supporting, and encouraging.

There are, without doubt, detrimental career ramifications to women in STEM as a result of misogyny. Our scientific contributions are ignored, our salaries are lower, and we are seen as not as competent as our male counterparts; however, there are even more serious consequences of this cultural framework—sexual harassment and assault. In a study published in 2014, it was found that 64% of academic respondents, mostly women, had experienced sexual harassment, and over 20% had experienced sexual assault. The majority of these academics were early in their careers, including students and post-doctoral researchers, with the perpetrators being senior to them. Moreover, women were more likely to experience sexual harassment and sexual assault than their male counterparts.