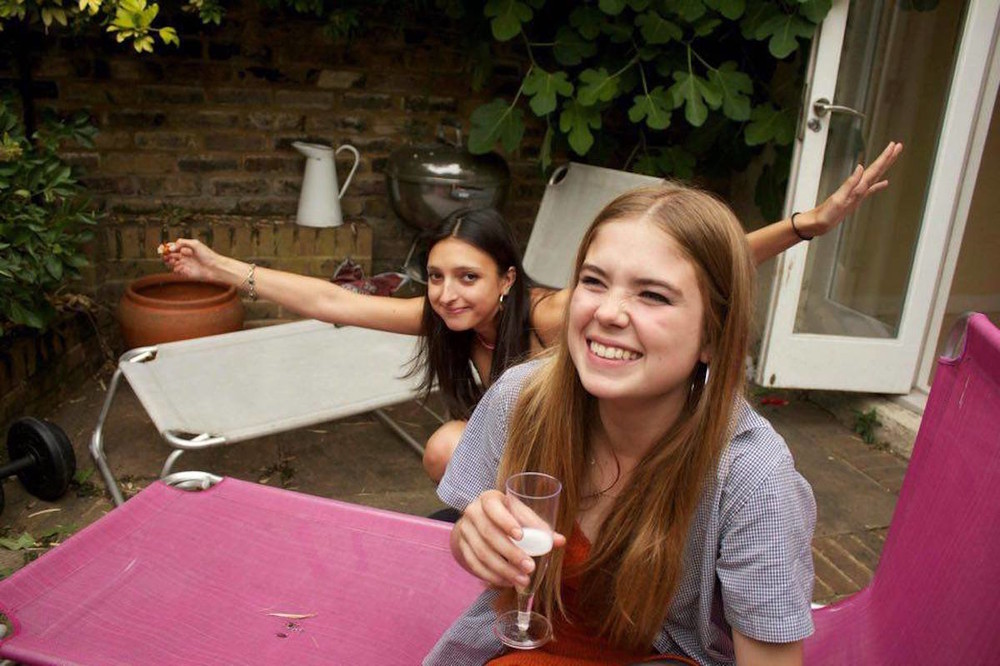 #womenstories: Girlhood defined through the decades

#womenstories: Girlhood defined through the decades: stories from women age 18 to 80 - @vice

From Vice. I’ve posted some of the stories from the older women deliberately. They’re affecting (and in places, wonderful).Gee Vaucher, 71: “Women used graffiti to change the messages everyone was faced with.” (top photo)The feminist movement of the 70s was, of course, very vibrant. I attended a few talks by some of the American heavyweights who were touring around Britain at the time. I can’t say I was impressed. What has always been more important for me is the liberation of everyone from where they see themselves and others. The early feminist movement was too “us and them,” too hateful, too many women carrying victimhood like a cross. But it was, of course, the continuation of a journey started by the suffragettes, and it was important.I grew up in Dagenham [a suburb east of London] and left school at 15. If you were working class, you were told to know your place and don’t get above yourself. But unlike most kids, I knew what I wanted to do, which was art, so I did [Dee was a member of Crass who made some of the most iconic punk rock artwork ever in her Essex commune Dial House].One of the most obvious and successful forms of confronting sexism at the time was the attack on sexist advertisements. Women started using graffiti to change the messages everyone on the street was faced with. It was in your face and really made you think. It was great “advert"—especially for young kids coming home from school. Along with the Greenham Common Women’s Peace Camp, it was another example of women working together to bring about change in a simple way, and it did. Most women now are more aware of their rights, but I still don’t think it has had a deep shift for the majority of women. Certainly tits and bums are back in force again.Rose Burge, 80: "I got married at 22. I didn’t know him well enough; he was no good.” (middle photo)I was born in a country town in Wiltshire. My father died when we were all small, and there were six of us. There was no family allowance or anything back then, but we managed. My mother worked hard, always cleaning and scrubbing. I left school at 15 to work at an egg-packing factory. I always wanted to be a nurse, really, but never got to do it. I did end up working as a home carer, going around to old people’s places, so I found some satisfaction in that. At 22, I got married. He lived miles away in Yorkshire, and I didn’t know him well enough. He was no good. We had a child, but I couldn’t stay with him—I didn’t want to end up with six children and no help. I came home to my mother, went to work, and got someone to look after my son in the day. It was a hard time.These days a marriage breaks up, and nobody thinks anything of it. But you’d never risk having a baby out of marriage back then. You’d be frightened stiff of bringing the shame on your mother and father. There was no contraception. Girls didn’t even go into pubs unless they were with a husband or boyfriend. It’s a world of difference to be a girl now, so much freedom. When I went to church after my divorce, I felt so awkward—I felt really that I’d sinned. But luckily, I met my second husband, and he adopted my son. We had a lovely little life together. You learn by the ups and downs. It’s never going to be roses.But also this one:Meltem Avcil, 22: “I was locked up in Yarl’s Wood for three months. That’s when I started campaigning.” (bottom photo)I’m from Turkey originally—I’m Kurdish—and had to leave for political reasons. It’s the same old story about any country that is at war with its own people. My mom and I arrived here in 2001, and we were housed between London, Doncaster, Newcastle, and Kent while the Home Office considered our asylum application. Six years later, eight immigration officers raided our house and took us to Yarl’s Wood. We were locked up there for three months. That’s when I started campaigning—people got angry when they found out a 13-year-old girl was locked up in a B-class prison for no reason.After getting out, I had this broken sadness, like I was going to be locked up at any minute, but it’s mainly affected me in a positive way. I value freedom more now, and I can make friends wherever I go. I did two years studying mechanical engineering at Kingston, and I partied pretty hard then. I’m much calmer now. I actually took up knitting recently, but sometimes the vodka lures me out. I switched to study psychology at Goldsmiths. I feel like there are loads of opportunities in Britain for women. I’m not in a relationship at the moment. Guys are scared of me. I can’t really play stupid—I’m not saying I’m a genius, don’t get me wrong, but I can’t seem to find a respectful, cute guy. Apparently, that’s too much to ask for.The rest: vice.