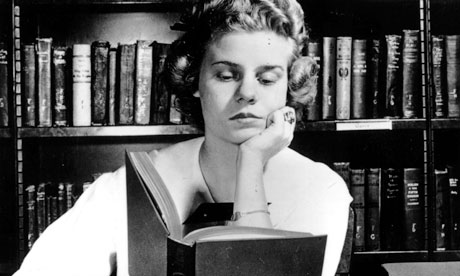 #womensstories: “Then, a month ago, she wrote and asked me what to do…” Then, a month ago, she wrote and asked me what to do. She forwarded an email she had received from a senior colleague that opened, “Can I share something deeply personal with you?” Within the email, he detonates what he described as a “truth bomb”: “All I know is that from the first day I talked to you, there hadn’t been a single day or hour when you weren’t on my mind.” He tells her she is “incredibly attractive” and “adorably dorky.” He reminds her, in detail, of how he has helped her professionally: “I couldn’t believe the things I was compelled to do for you.” He describes being near her as “exhilarating and frustrating at the same time” and himself as “utterly unable to get a grip” as a result. He closes by assuring her, “That’s just the way things are and you’re gonna have to deal with me until one of us leaves.”

Women are no longer a minority within higher education. According to the most recent statistics released by Unesco, women’s enrollment in graduate education in the United States has been greater than men’s for each of the last 30 years; as of 2012, there were 13 women enrolled for every 10 men. Yet, every school year, science, technology, engineering and math programs — known as the STEM fields — shed women the way the trees on campus lose their leaves in the fall.

You may also like: #patriarchiesrealign: Research: Women, know your limits: cultural sexism in academia (Savignya, 2014)

Plenty of explanations have been offered as to why women leave science, but the reason doesn’t appear to be performance. The University of Washington found no difference in G.P.A. between the women who remained and those who transferred out of its STEM programs from 1991 to 1996. Within the same study, women reported both isolation and intimidation as barriers blocking their scholarly path; and while 23 percent of freshmen reported not having experienced these barriers, only 3 percent of seniors did.

In the rare case when a female scientist becomes a faculty member, she finds herself invested in the very system that is doing the weeding, and soon recognizes that sexual harassment is one of the sharpest tools in the shed. My own experiences as a student, scientist and mentor lead me to believe that such harassment is widespread. Few studies exist, but in a survey of 191 female fellowship recipients published in 1995, 12 percent indicated that they had been sexually harassed as a student or early professional. My experiences have also convinced me that sexual harassment is very rarely publicly punished after it is reported, and then only after a pattern of relatively egregious offenses.

The evasion of justice within academia is all the more infuriating because the course of sexual harassment is so predictable. Since I started writing about women and science, my female colleagues have been moved to share their stories with me; my inbox is an inadvertent clearinghouse for unsolicited love notes. Sexual harassment in science generally starts like this: A woman (she is a student, a technician, a professor) gets an email and notices that the subject line is a bit off: “I need to tell you,” or “my feelings.” The opening lines refer to the altered physical and mental state of the author: “It’s late and I can’t sleep” is a favorite, though “Maybe it’s the three glasses of cognac” is popular as well.

© and read the rest of this piece: She wanted to do her research. he wanted to talk ‘feelings.’ (the NYT)