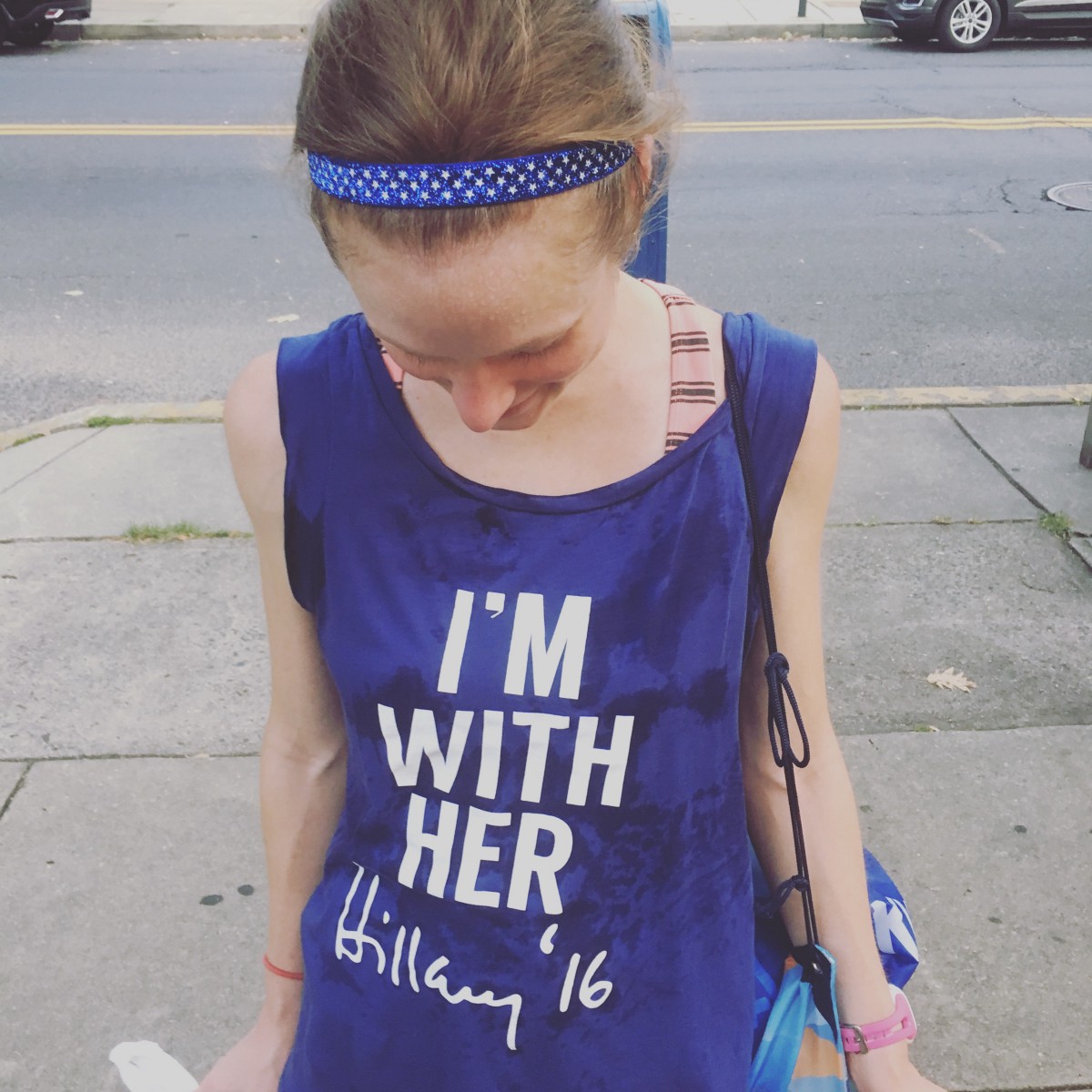 #womenslives: I’m with her (still)

@medium: @FitLizzy: #womenslives: On Thursday, I woke up defiant. I put my Hillary t-shirt back on. I charged the streets in broad daylight, so everyone would see. Cars honked. Men rolled down their windows. “Nice ass!” they shouted. Until I ran facing traffic, and they saw what my shirt said.

“You’re a fucking pig,” snarled a man waiting for the light to turn green in his Chevy Silverado.

“You lost!” jeered the man behind him.

Several miles down the road, someone riding shotgun spat at me.

I live in a blue state.

I’m no stranger to sexual harassment. I’ve been a runner for eight years. I’ve been a woman for thirty-one. I’ve been called a slut, a whore, and a pig before, but never with such spite as I heard from these men, just days after America elected a boastful, villainous, self-aggrandizing misogynist to be its next president. No one spat at me before Donald Trump’s shameful victory.

I am frightened for my country. I am terrified for my fellow female runners. America was already unsafe for us before Donald Trump. But I will continue to run around town in my I’M WITH HER shirt, smiling at every person I see. Even if you call me a pig. Even if you spit in my face. Even if you tell me I lost.

Because I have nothing to lose.

Because I am a woman, I have incredible endurance. I will run through the worst vitriol. And I will protest until love trumps hate.

–
In full: What happened when I went for a run in my I’M WITH HER shirt after the election.