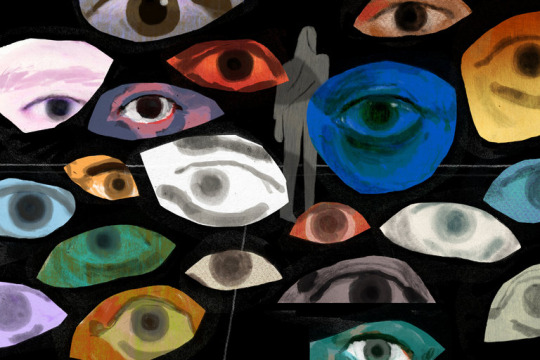 #womenslives: “I like it when men look at me. It feels empowering. It makes me feel like I’m not being excluded.”

(This is a provocative piece indeed - HT Feminist Philosophers - by a disabled woman about the conflict between her feminist beliefs, her desire to be desirable, and the complexity of the male gaze and street harassment.)

When I was younger, in my 20s, I was a thin, slight woman. I have also always been beautiful and a nice dresser. I also happen to have cerebral palsy, which affects my motor skills, balance and speech, as it does with most people who have it. It is typically caused by damage to or malformation of the brain during birth or infancy. In my case, my mother’s umbilical cord was wrapped around my neck in utero. As my mother was unable to have an emergency cesarean section, I was strangled by the cord, and born clinically dead. The temporary lack of oxygen caused damage to a portion of my brain.

Cerebral palsy is not uniform and manifests in a number of ways. It might affect all limbs severely, or just one side of the body; or the effects may be slight, making the disability barely perceptible. It can affect strength, balance and movement; some with the condition may not be able to walk unassisted or care for themselves in typical ways.

To put it bluntly, people with cerebral palsy appear to have strange movements. Since they are not in full control of their muscles, they may have facial expressions or spasticity that most people find surprising, if not unattractive.

My experiences have been quite different, nearly the opposite, of Ms. Valenti’s and that of most women. I was never hit on or sexually harassed by my professors in college, or later, by my co-workers or superiors. I have not felt as if my male teachers, friends or colleagues thought less of me because of my gender. I’ve never been aggressively “hit on” in a bar, despite the fact that I have frequented them alone throughout the years. In fact, I’ve rarely been approached in a bar at all.

I do remember being sexually harassed by a man on the street. Once. I was 18 years old. I was waiting for a bus, and a man pulled up and offered me a ride in his car. When I declined, he got hostile and asked me if I was wearing panties. I was more startled than anything, and I left the curb to go to the nearby movie theater where my friend worked. I didn’t tell my friend what happened, but waited with him for the bus. This was very frightening, but I wouldn’t say the incident traumatized me, nor is it something that deeply affected my life. And it happened only once.

"I like it when men look at me. It feels empowering. It makes me feel like I’m not being excluded."