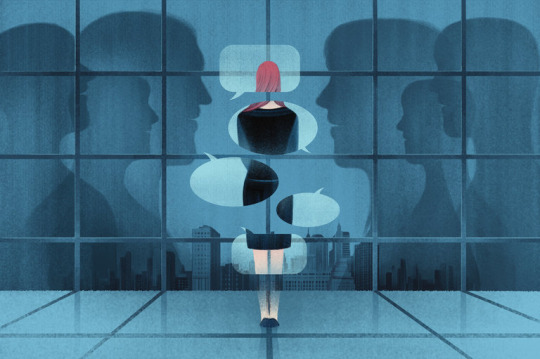 For my entire life, I’ve heard men talk about women. On baseball fields, in wrestling locker rooms, at frat parties and in private conversations, I’ve listened to men dissect women into body parts. When I was younger, I did it, too. Casually objectifying women — speaking in an unguarded way, using language we never would in mixed company — brought us together.

Yet, the everyday sexism I saw, and participated in, during high school and college was nothing compared with what I witnessed on Wall Street.

During my first summer as a trading desk intern at Credit Suisse First Boston, I was walking through Midtown with a managing director when he sped ahead of me to look at a woman. “I had to get a look at those tits,” he said. I often heard men say about female colleagues, “I’d like to get behind that.”

Women on Wall Street widely report experiencing overt sexism. A bond trader friend received a smaller-than-expected bonus after refusing to sleep with her boss, and soon quit. Another friend sued her employer, a major bank, after it took away all her major clients on her return from maternity leave.

But most of the sexism on Wall Street occurs when women aren’t in the room. “Bro talk” produces a force field of disrespect and exclusion that makes it incredibly difficult for women to ascend the Wall Street ladder. When you create a culture where women are casually torn apart in conversation, how can you ever stomach promoting them, or working for them? There are many reasons that men still overwhelmingly populate trading floors and boardrooms, but this is one that has gotten too little attention.

A woman has never been the chief executive of a major investment bank. Only about 2 percent of hedge fund managers are women. During my years on Wall Street I never saw a woman run a trading or sales desk, which is the first step toward executive management.

Wall Street’s sexism isn’t just unethical — it’s bad for the industry’s bottom line. Studies show that investment groups that have more female managers perform better than those without them. In a culture that claims to value meritocracy, Wall Street is more like the Andover lacrosse team — meritocratic, perhaps, but only among a small subset of the population.