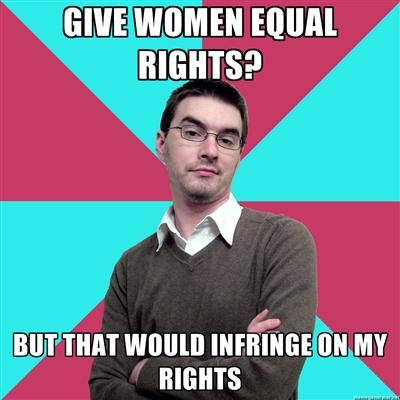 quiteirregular (Jem Bloomfield) nails it once again. I missed the THE piece the first time around (praise the gods). Women and feminists are not holding men back at university back (jaysus!) but their belief in (toxic) masculinity is.

Attempts to combat violent misogyny in British universities are putting men off going to uni. That’s the basic message of an article published in the Times Higher Education Supplement today. The author points to the disparity between men and women’s attendance at university, and links it to the programmes which have tried to reduce the levels of sexual assault, intimidation and sexism at universities. According to this vision of campus culture, men have been targeted by a feminist establishment which ignored the completion of the equality project and went after more and more obscure forms of sexism, such as the overrepresentation of men at higher academic levels, or the culture of casual misogyny amongst some student groups. Young men have, based on this attack, decided that “university isn’t for them.”

In an effort to enlist the reader’s sympathy for the men who have been so unjustly victimised by a university system pandering to women’s demands, the author brings forward two pieces of evidence which strike me as particularly significant. Firstly, young men are less likely to seek help from their tutors if they find themselves in difficulties, or to access campus support services. Secondly, certain student societies have been disciplined, or even shut down, because of evidence that they were promoting homophobia, misogyny or other forms of hate. This coalesces for the author – and no doubt for many people in this country – into a vision of a higher education landscape which discriminates against men, and glories in marginalising them and their interests.

To me, it presents an almost exactly opposite spectacle. I certainly agree that the lower numbers of men asking for help (whether academic or pastoral) on campus, and the campus groups banned for hateful rhetoric about women and gay people, have a connection. But it isn’t an institutional scorn for men. It’s a toxic brand of masculinity, which insists that to be a man is to be dominant, violent and uncaring. That’s what drives both a culture of treating women with aggressive disrespect, and a refusal to admit vulnerability in intellectual or emotional terms. It’s an idea of men’s worth which depends on degrading and belittling others, whilst remaining totally invulnerable and untouchable.

I want to see the problems which men face at university solved. I want them to be able to access any pastoral or academic support they need. I want them to have the opportunity of a university education which enriches their lives and the possibilities which they see around them. I’m lucky enough to teach a lot of young men from various backgrounds, who are intelligent, witty, thoughtful and respectful of the people around them. I have no problem seeing the value and contribution these men make to university life. When I provide pastoral care for a young man who is struggling, or when I spend time in a university access workshop working with boys who might not otherwise consider attending university, it’s not because I have scorn for men and their potential.

It’s because I believe in them that I cannot accept the vision of university, and of the men within it, presented by articles like this one. If I did accept that vision, I’d be accepting that men were put off attending university by education on sexual consent. I’d have to believe that most young men see their social lives as a way of sexually exploiting and assaulting their female peers. I’d have to throw up my hands and accept that men are inherently violent. That the misogyny and homophobia we see on university campuses was a natural part of being a man.

I won’t accept that. I’m not the one telling young men that their only value is in hollowness and domination. The world I offer my male students isn’t the one represented by a hazing ritual which leaves them injured, or a violent refusal of help when they’re desperate. Misogyny and homophobia are scandalous aberrations of our culture, they’re not the natural expressions of every man’s personality.