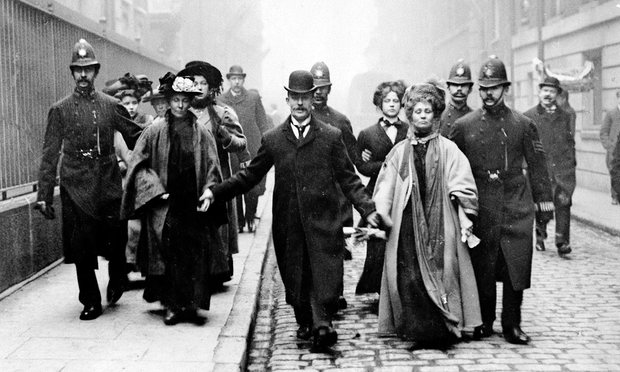 #todayin: fighting back: every day is WD for me Yes, I know IWD was two weeks ago but as I said then too, every day is WD for me. Anyway, on the Guardian on IWD, Laura Bates (founder ofeverydaysexism) discussed some of the many ways that women are fighting sexism, misogyny, inequality and the patriarchy. From theguardian:

Green, white and purple sashes, powerful placards and large-scale marches – these are the hallmarks of feminist protest from days gone by. But while the suffragettes, and other activists, might have firmly etched such images on the public consciousness, a new wave of protesters are taking up the fight in inventive and surprising ways.

Marches are still important – and effective – of course, but with protests that don’t always involve rallies or banners, women around the world are also finding their own unique ways of making their point.

To celebrate International Women’s Day, here are a collection of recent and varied examples that might inspire you to take your own stand. Some are individuals, who have reported their actions to the Everyday Sexism Project. Others have hit the headlines with their unconventional and startling techniques for disrupting gendered oppression. Whether deeply personal or very public, all of them are finding new ways to stand up to inequality.

When media outlets in the Indian state of Kerala reported that 45 female employees had been strip-searched after a used sanitary towel was found in a factory toilet, feminist activists didn’t take it lying down. Campaign group Kiss of Love launched an action calledRed Alert in January last year, calling on women to send sanitary towels (“used or unused”) to the marketing director of the company where the incident occurred.

Meanwhile, at the beginning of this year, a group of women in Mexico City calling themselves “Las Hijas de Violencia” (Daughters of Violence) found a novel way to tackle street harassers, using confetti guns and punk rock. The group told online news channelAJ+: “When we are walking down the street and someone harasses us in any way … we run after this person, we grab our confetti guns, we shoot once, we turn on the speakers and we sing Sexista Punk.”

Their song includes the lyrics, “What you’ve done to me is called harassment,” and explains how these women are choosing to “respond” to such provocation rather than accept it as the norm.