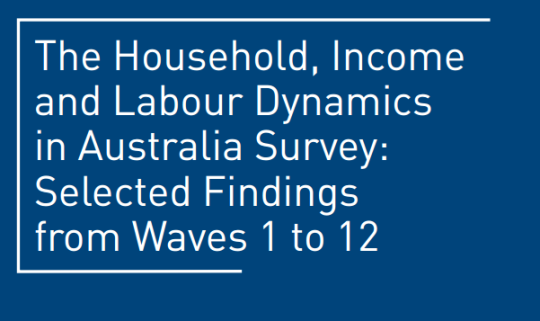 #study: women the decision-makers when starting a family, study finds

(bc chimes with traditional gender roles: women do the family.)

Women appear to be the decision-makers when it comes to starting a family, with a new report finding a strong correlation between a woman’s relationship satisfaction and financial security and the likelihood of pregnancy and no noticeable correlation to how a man feels and his likelihood of having children.

However the Household, Income and Labour Dynamics in Australia Survey, or Hilda report, released on Wednesday, did find a strong relationship between a man’s wage and the likelihood his partner would get pregnant, with each additional $1,000 earned by a woman’s partner increasing her pregnancy probability by 1.5%.

“The econometric models don’t lie,” he said. “We find no association between likelihood of starting a family and men’s feelings about their partner and their satisfaction with their financial situation, but a strong association with women.”

Women, the report found, were less likely to get pregnant if they were employed, regardless of the income they earned, but that negative impact was halved if the woman worked at a company with more than 500 employees, which generally had better employment provisions.

study: women the decision-makers when starting a family, study finds