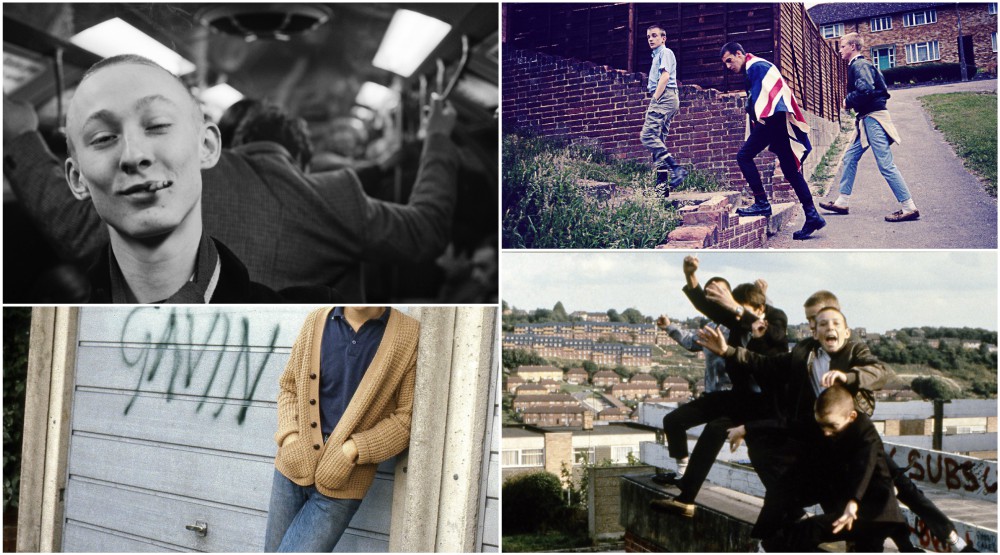 If you hear “skinhead” as a synonym for neo-Nazi, think again.This British-born subculture has a long and varied history dating back to the 1960s when working class mods split from their more bourgeois counterparts. Distinguished by practical clothing—work boots, suspenders—and the close-cropped haircuts of industrial laborers, skinheads became a subculture unto their own, overlapping with the nascent punk rockers, Jamaican rude boys, ska and reggae dancehallers alike. By the late 70s, a second wave of skinheads had emerged, in part a humble reaction to the commercialization of punk. From there a mixture of influences—including football hooliganism and right wing politics—contributed to any number of variations on the style, a small minority of which were predicated on racial identity.By the time Gavin Watson started making photographs of his friends and neighbors in High Wycombe, Buckinghamshire, the first wave of 1960s skinhead culture had come and gone. Watson’s heyday was the 1980s—a decade marked by Thatcher’s dour austerity and the artistic movements which developed in response. Punk and New Wave were happening, and skinhead subculture was part of a cross-mingling within this working class underground milieu.

Gavin Watson’s SKINS was published in 2007. His photographs appear courtesy of the artist and London’s Youth Club Archive.