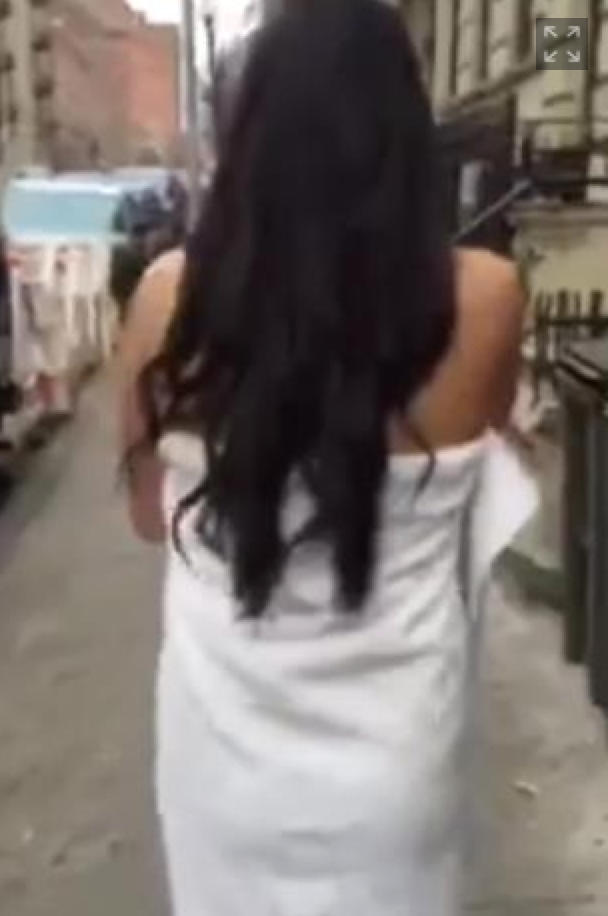 She cheated, y’all. Before you start making any judgment calls, let’s take a moment to remember that she cheated! That seems to be the reaction of many people to the video of a man forcing a woman, who he just assaulted, to parade the streets in broad daylight wearing only a towel. As she does this, he berates her with an interminable list of sexist slurs and eventually, he pulls off her towel. The woman tries to cover herself with her hands and the cover of a motorcycle.

The video has been publicized enough so it won’t be linked here. What is worth addressing, though, is the public reaction to the video. Some seemed to revel in the humiliation that the young woman in the video experiences. The perpetrator, Jason Melo, has received countless supportive statements on social media (and gained about 10,000 new followers on Instagram), many of which were a response to the dozens of videos he posted justifying his actions. According to him, this abuse was a response to “her cheating” and, in true perpetrator lingo, “she is lucky it wasn’t worse.”

Male violence against women is always justified as retaliation – often to womanhood itself. Whether a woman cheats, and with how many men, isn’t the point. “She cheated” is no different than “the dinner was cold” or “you are getting fat” when it comes to excuses for violence against women. It simply makes us even more accepting of the abuser’s narrative.

The man behind the video was arrested and then released, now pending trial. Melo, a United Nations employee from Harlem, was arraigned on the evening of January 20th on charges of choking, endangering the welfare of a child, coercion, and assault. He is due in court on February 10th. The woman in the video describes being threatened and forcibly confined. Eventually Melo turned himself in, but not before leaving an extensive trail of abuse on social media.

- Raquel Rosario Sanchez from Feminist Current:On viral abuse and the public humiliation of women (rest on link).
Picture: Jason Melo, 24, is accused of beating and choking his 22-year-old girlfriend (pictured) in their W. 142nd St. apartment in front of her 3-month-old daughter before forcing the woman to walk naked in the cold.