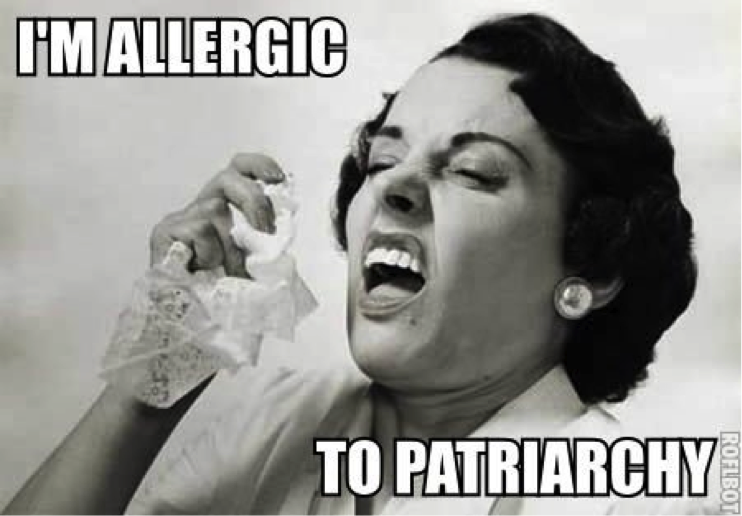 Want to know why Gigi Hadid is my new feminist hero? Because she showed a healthy respect for her own personal space and fought back against someone who threatened it.

Gigi and her sister were recently leaving a fashion show in Milan. As they were walking, a man grabbed Gigi and lifted her up. She didn’t know him, and he appeared suddenly out of a crowd, immobilizing her from behind. She twisted away from him and hit him with her elbow.

Later, she can be seen on video directing a bodyguard to find him.

The man was later revealed to be Vitalii Sediuk, a celebrity prankster who has made a semi-career out of doing this kind of thing.

But Gigi Hadid didn’t know his name or what he was doing — he was merely a stranger who assaulted her out of the blue. Rather than be passive and shrinking back, she protected herself. She got him to back down, rather than backing down herself.

She ought to be hailed as a #FemHero across the planet. Men physically assaulting women is a huge problem, and it’s one that’s been discussed for decades now. There’s a huge outcry against rape on college campuses, for example, and it’s just one step further than Hadid’s experience: physically violating space without the consent of the person whose space it is.

And yet, initially, the web was alive with people criticizing Gigi, if you can believe it. She was viewed as the aggressor, and was seen as lashing out against one of her fans. This all turned around fairly quickly as the story gained traction, but still. It’s amazing that criticism of her was part of the response at all and says so much about how much work we have left to do.

Having one’s space violated in this way can lead to anxiety going forward. I can only hope that Gigi isn’t visited by anxiety attacks or lasting stress from such a personal, public experience. After a traumatic event in my own life, I developed severe anxiety and have recently taken up meditation and yoga as a means of coping. I hope Gigi does the same if her assailant’s actions stay with her and cause her to develop similar feelings when in public.

Interestingly enough, Gigi mentions her past exercise regimen as part of the reason why she was able to fight back. Her volleyball coaches had emphasized muscle memory, and she also boxes in her spare time. In other words, she’s a strong woman — and it helped her out of a tight spot.

But we need more emphasis on women not being open to the world just because they look good. On some level, the initial outbursts against her seemed to assume that, because her career as a model and celebrity puts her before the public, she is public property.

Most rational adults know that’s wrong. Every woman is her own property.

It’s something that needs to be told to the younger generation. As Hadid herself put it in an essay for Lena Dunham’s The Lenny Letter, “I felt I was in danger, and I had every right to react the way I did. If anything, I want girls to see the video and know that they have the right to fight back, too.”

We all have the right to fight back when anyone threatens our space. Here’s to being strong and living like a #FemHero.

--
Holly Whitman is the author behind Only Slightly Biased and a freelance politics writer. Her work has been featured on Yahoo Finance, Fortune, Politicus and Feministing. You can find her on Twitter at @hollykwhitman.