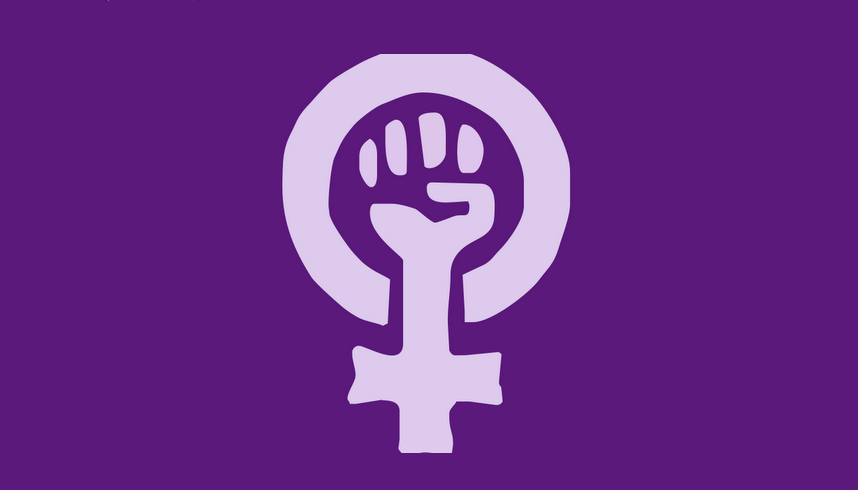 #guestpost: #research: why *are* feminists so unattractive?

This is a #guestpost by Elin Weiss. Elin has a Master’s degree in Women’s Studies. Her interests include feminism, gender stereotypes, the sexualization of women and the portrayal of women and men in media. More of her work can be found at the fwsablog, thefword, and metapshychology.

Why feminists are so unattractive

The critical, and more often than not, demeaning judgement of women’s looks and bodies is common, if not constant. We see and hear how women’s bodies and appearances are judged all the time, how this woman is considered pretty and how this woman is considered ugly. Feminists are one group that are often judged based on their looks and one of the great stereotypes of feminists is that they are unusually ugly. A quick search of the internet reveals posts such as “The 9 ugliest feminists in America” and there are countless posts debating how ugly feminists are, that feminists hold feminist values as a result of their jealousy of attractive women, and that well educated women (as feminists are often described as) are less attractive than women with lower education. All of the mentioned sites are pretty ridiculous in their claims and do not adhere to logic or intelligent reasoning. These posts appear to be written by people who are angry with feminists for criticising men and not simply adoring men or respecting old and tired hierarchies. Feminist women are not uglier than your average non-feminist woman. Feminist women look like everyone else. It appears to be the fact a woman expressing feminist views is often judged as ugly or as uglier than women who do not agree with feminism. The stereotype is generally so strong that many people assume that feminists are less attractive than women who do not identify with feminism and that less attractive women are feminists (Rudman & Fairchild, 2007; Goldberg, Gottesdiner & Abramson, 1975). It is our stereotypes that “make” feminists less attractive than women who do not identify with feminism and the stereotype of the ugly feminists is even so persistent that research has been dedicated to the topic. To me it is so interesting that I wrote my Bachelor’s thesis on the topic.

Previous studies looking at feminism and beauty report that feminists are rated as less attractive and less attractive women are believed to be feminists (Rudman & Fairchild, 2007; Goldberg et al., 1975). Research on feminism and beauty was initiated by Goldberg et al. in 1975 in which the researchers photographed 30 women and asked 29 female and 40 male participants to rate the attractiveness of the women. Another 41 females and 41 males were administered the 30 photographs and rated these as to whether or not they believed the women were feminists (the participants were informed that half of the women supported the feminist movement while half of the women did not) and also filled out a questionnaire assessing their own support of the feminists movement. The researchers used a student sample which revealed that both females and males rated the women they believed to be feminists as less attractive than the women they believed not to be feminists. A very interesting finding was the fact that the ratings were consistent and did not reflect the person’s own support of the movement, meaning that even for in-groups, stereotypes persisted and were common (Goldberg et al., 1975) which shows the incredible strength of the stereotype.

Rudman & Fairchild (2007) set out to replicate the study by Goldberg et al. (1975) and presented 8 black and white photos of women they themselves rated as either attractive or plain looking, and administered these photographs to 99 participants, 61 women and 38 men, and had the participants indicate which women were feminists and which were not. Again the participants were informed that half the women were feminists and half were not. The study concluded that plain targets were rated as more likely to be feminists than the pretty targets. This effect was present for both males and females. However, the study did not observe the same significance as the study by Goldberg et al. (1975) on stereotyping by the in-group (Rudman & Fairchild, 2007).

In my thesis project I wanted to see if the stereotype was equally strong in an Irish context as it was in the study by the above researchers. Therefore I hypothesised that the “less attractive” women, as presented to the participants in the photographs, would be seen as more likely to be feminists than the more attractive women. In order to do so I used a questionnaire and asked participants to rate eight black and white photographs of women as feminist or non-feminists based on the photographs from the 2007 study by Rudman & Fairchild. Participants consisted of 40 undergraduate students at a large Irish university.

The aim of this questionnaire was to determine if, for “unattractive” photographs significantly more people classified these as feminists than not and for “attractive” photographs, significantly more people classified these as non-feminists than feminists. The participants consisted of 40 students with a mean age of 19.9 years old with an age range of 19-31 years. Standard deviation was 2.77 and the male to female ratio was 1-1 (M= 19.9, SD = 2.77).

The study was conducted with ethical approval from the Undergraduate Research Ethics Committee and with informed consent from participants. Participants were given the questionnaire and were asked to specify their age and gender.

For each photograph in the questionnaire, the number of participants rating the photograph as feminist or non-feminist was calculated and expressed as a percentage. These frequencies and percentages are presented in rank order in Table 1.

To test the hypothesis, for each of the 4 unattractive and 4 attractive photographs, single sample chi square tests were conducted on numbers of photos classified as feminist or non-feminist. With 40 cases, the expected values in these chi square tests were 20 in each of 2 cells. To control for type 1 error associated with conducting 8 statistical tests, the Bonferroni correction was made and the p value for each test was set at .05/8 = .006, to give an experiment-wise p value of .05. The hypothesis was supported for four out of the eight photographs.

So what does this tell us? Goldberg et al. (1975) found that students were more likely to associate feminism with unattractiveness, even for “ingroups”. Rudman and Fairchild (2007) backed these results but did not however find the results to be correct for “ingroups”. My study showed support for the hypothesis in half the cases with one inconclusive result. What is fair to say is that people are more likely than not to assume that “less attractive” women are more likely to hold feminist values and that expectations on feminists are that they are unattractive. The stereotype of the ugly feminist exists because people want it to exist. If a women vocalises feminist values she is more likely to be seen less attractive than if she does not. Stereotypes are strong and often unjust. To describe feminists as ugly appears to be one way, and probably a successful one, to keep women from wanting to associate with the feminist movement and to fight for women’s rights and equality.

Goldberg, P.A., Gottesdiener, M. & Abramson, P.R. (1975). Another Put-Down of Women?: Percieved Attractiveness as a Function for the Feminist Movement. Journal of Personality and Social Psychology, 32, 113-115.