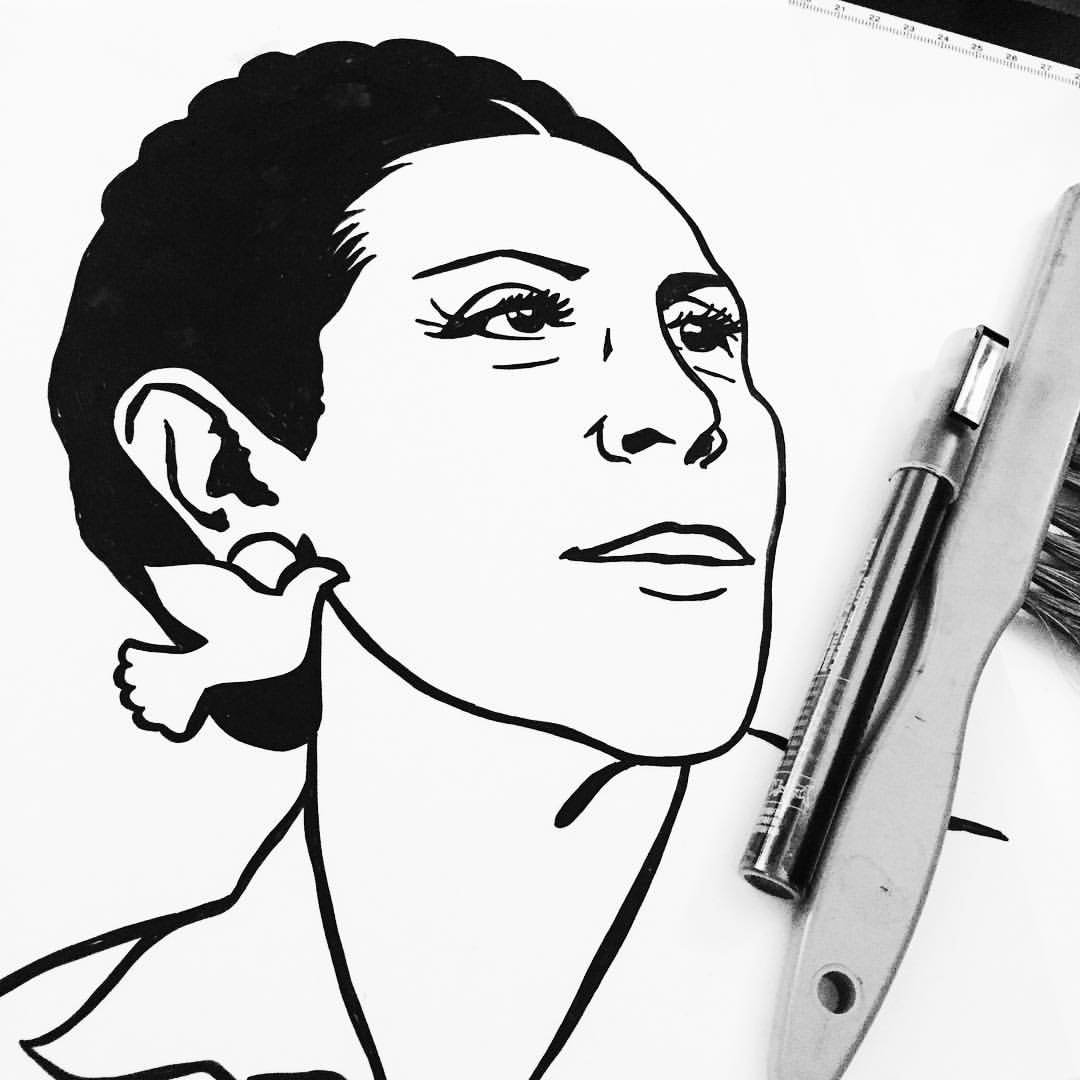 Day 11 of #inktober. When I mention the Cuban Revolution in most settings and ask whose face they associate with the revolution most people say Che Guevara and Fidel Castro. Few times people mention Vilma Espin or Celia Sánchez two of the fierce guerilleras who don’t get their just due in the histories books. Celia Sánchez Manduley. Fidel Castro was powerless, in prison, when the Cuban Revolution was launched - by a tiny woman named Celia Sánchez. A fearless and brilliant organizer and recruiter, she created, nurtured, and led the insurgency that ousted the U.S.-backed dictator Fulgencio Batista, the Mafia, the Communist Party of Cuba, and the U.S. capitalists from Cuba in 1959. After the revolutions victory, launched numerous projects that enriched the lives of many Cubans, from parks to literacy programs to helping develop the Cohiba cigar brand. She archived many documents, letters and notes of the revolution, leading to the creation in 1964 of Oficina de Asuntos Históricos del Consejo de Estado, an institution for the preservation of historical documents. The rebels nicknamed her La Paloma so I gave her a little paloma earring. #inktober2015 #penandink #drawing #montanamarkers #dignidadrebelde #celiasanchez #melaniecervantes