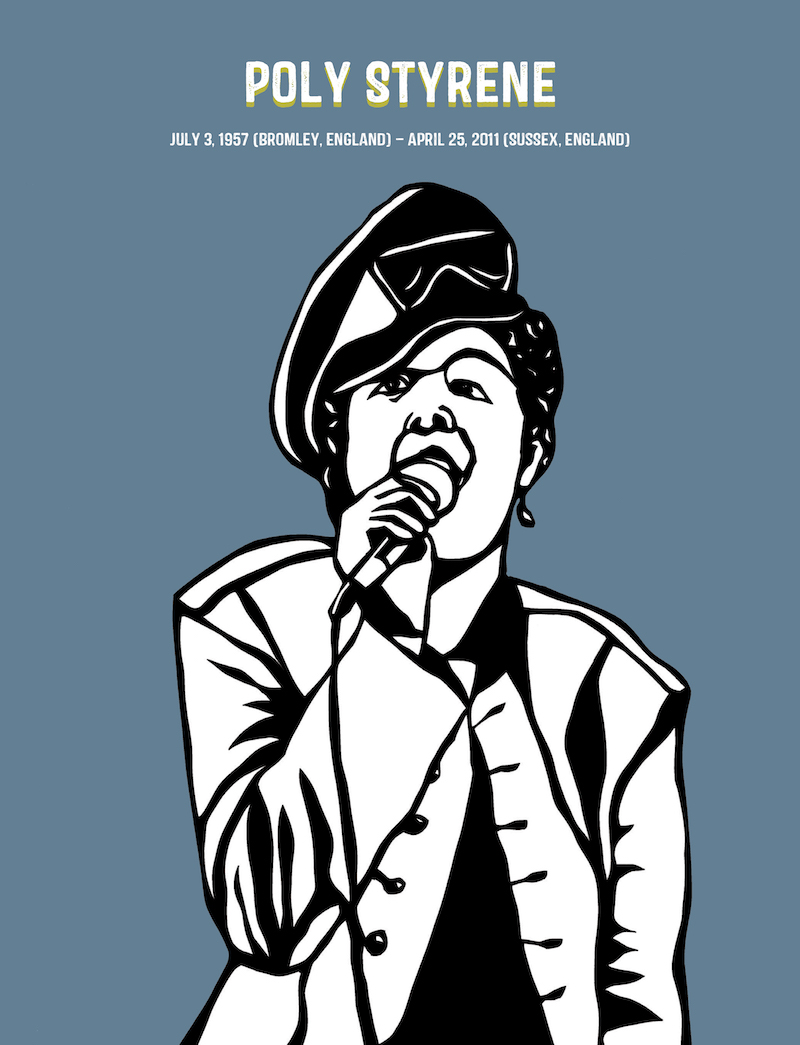 “I started with nothing but a few melodic lyrics and a lot of determination.”

In 1976, a British band called The Sex Pistols performed the first ever punk rock concert. This legendary show was loud and sweaty, and in the crowd was a young woman celebrating her 19th birthday. Her name was Marianne Elliot-Said, and she wanted to be a singer. She’d been writing song lyrics since she was 12. As she watched the man onstage sing wildly, she thought: I can do this too!

She placed an ad in a British music magazine, headed “YOUNG PUNX WHO WANT TO STICK IT TOGETHER!” Several musicians responded, and soon they’d started a punk band: X-Ray Spex. She chose the stage name “Poly Styrene” because it was “plastic and synthetic.” After just six rehearsals they played their first gig at the Roxy, a famous punk club in London. They were a hit. Overnight Marianne became Poly, and X-Ray Spex became a game-changing punk band.

Poly’s mom was Scottish-English, and her father had come to England from the African country of Somalia, speaking little English. When Poly was a child her mother moved them from the mostly white suburb of Bromley to the more racially diverse town of Brixton; she felt it would be a less judgmental place for Poly to grow up.

Poly was a creative, adventurous kid who loved to play dress-up. She traveled around England by herself at age 15, and on returning, opened a small clothing shop where she sold funky clothes and developed her distinctive fashion sense. She wore military hats, mismatched jewelry, and the brightest colors she could find. She chose baggy clothes because she didn’t want people to focus on her body shape.