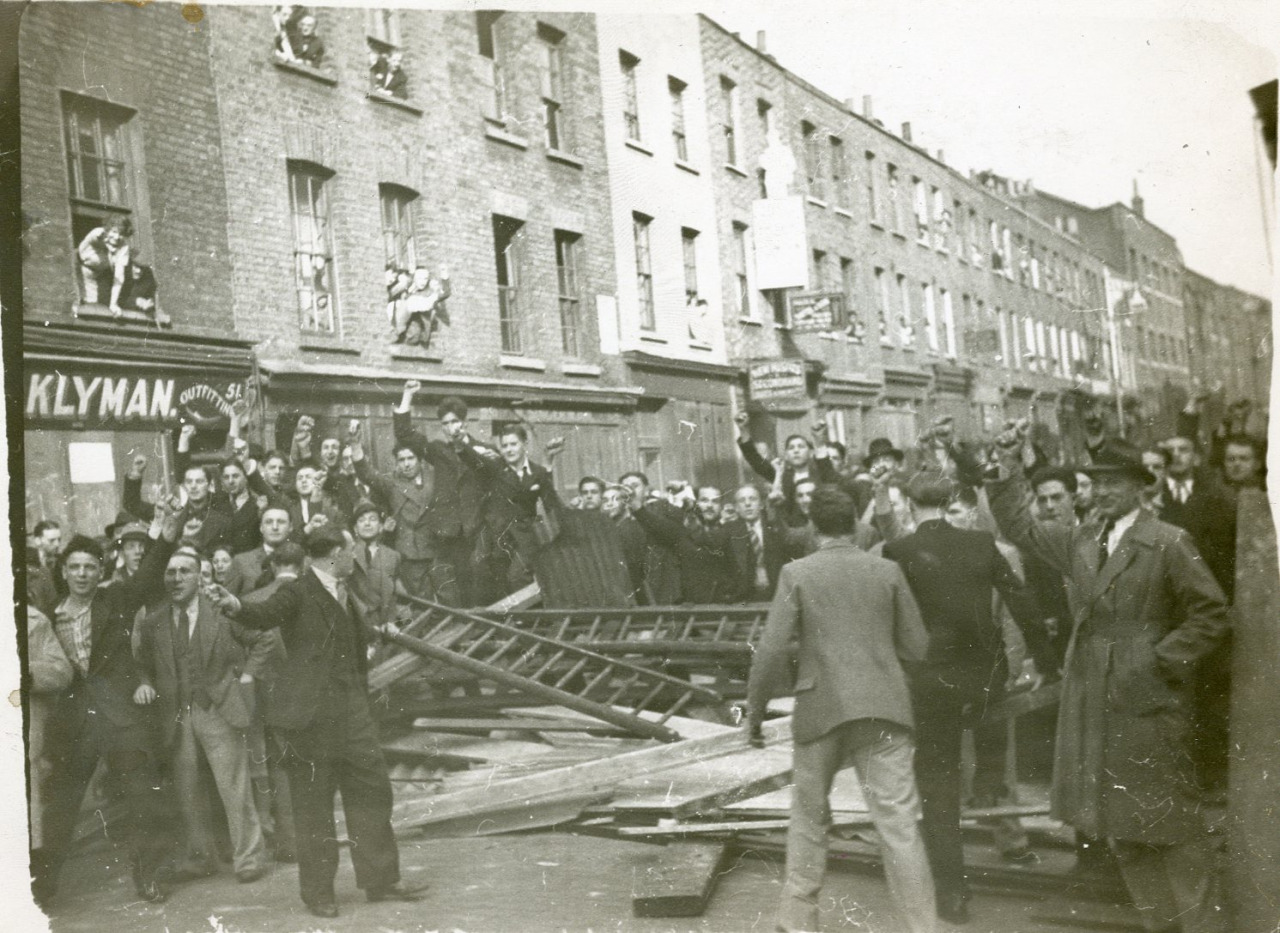 Today in labor history, October 4, 1936: An estimated crowd of more than 100,000 trade unionists, anti-fascist activists, and local residents barricade streets leading into London’s East End to stop a march by British fascists. The 6,000 police officers who attempted to clear a route for the fascists were met with fierce resistance in what became known as the Battle of Cable Street and the march was re-routed.