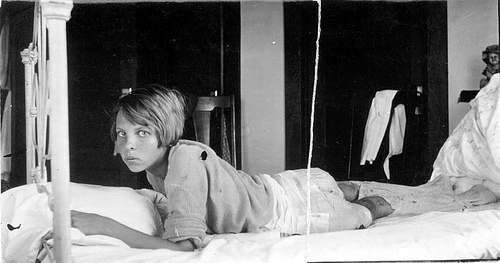 Today in labor history, June 14, 1924: The Ku Klux Klan attacks members of the Industrial Workers of the World at the IWW’s meeting hall in San Pedro, California, during a benefit for the families of two workers killed in a railroad accident. The KKK beat many of the 300 members; kidnapped, tarred, and feathered others; destroyed everything inside the building; and scalded two children by burning them with a pot of coffee. [Photo: A twelve-year old child is treated at the hospital for burns she received during the attack.]