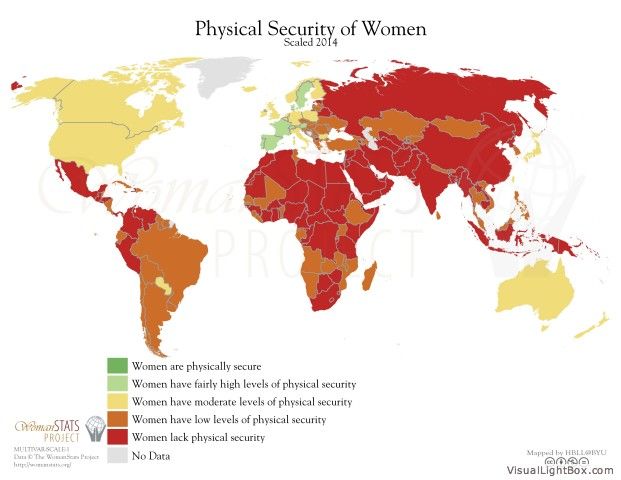 Headline: little has improved for women and girls worldwide since the Fourth World Conference on Women in Beijing (1995) where the UN vowed to address the discrimination against, and violence towards, women and girls around the world.

1. More than one in three women worldwide have experienced physical violence in their lifetime.

2. One in ten girls under 18 have been forced to have sex.

3. The pay gap is closing so slowly it will take SEVENTY-FIVE years before men and women are paid equally.

4. Women only account for one in five legislators worldwide.

5. The World Health Organization found that, on average, 38% of women who are murdered are killed by their partner.

7. In the past nine years, an additional 36 countries have criminalized domestic violence, (up from 89 to 125) but laws are poorly enforced across the board.

8. Sex-selective abortions are increasing in India and Armenia.

9. 83% of women in the United States from 12 to 16 said they have experienced some form of harassment in public schools.

10. In a study of 28 countries in the European Union, only 14% of women reported their most serious episode of domestic violence to the police.

They’re the ten most disturbing findings (I hope). Dr. Valerie M. Hudson (below) has done some further work:

From bust: Dr. Valerie M. Hudson, a professor of international affairs at Texas A&M University, explains how violence against women stubbornly remains because it can be used as a tool for personal and political gains, which is worrisome given the rise of recent abductions and assaults by the Islamic State. She created a series of maps detailing many of the hardships women face in every country on the planet. The one below illustrates the degree of a woman’s physical security based on her country of residence. As you can see, there is not a single nation where a woman can feel 100% safe 100% of the time, a tragedy not just because a woman who happens to be born in one section of the world is statistically less likely to be attacked than one born somewhere else, but because in this day and age, women everywhere must keep a level of awareness, and sometimes blatant fear, in the back of her mind at all times.

If you can’t see that map clearly, just focus on the red parts. According to the data, that’s where women lack physical security. At a glance, that looks like it’s the case in over half of the world. And nowhere in the world (darkest green) do women feel completely physically secure.

Ten findings from the United Nation's Violence Against Women Study