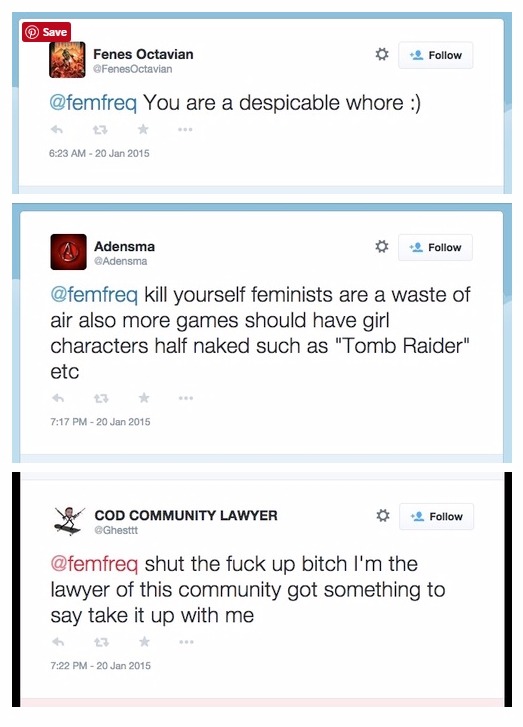 #maleficentmisogyny: one week of harassment on twitter (on @femfreq)

Content warning for misogyny, gendered insults, victim blaming, incitement to suicide, sexual violence, rape and death threats.Ever since I began my Tropes vs Women in Video Gamesproject, two and a half years ago, I’ve been harassed on a daily basisby irate gamers angry at my critiques of sexism in video games. It cansometimes be difficult to effectively communicate just how bad thissustained intimidation campaign really is. So I’ve taken the liberty ofcollecting a week’s worth of hateful messages sent to me on Twitter. Thefollowing tweets were directed at my @femfreq account between 1/20/15 and 1/26/15.Rest on original: feministfrequency.