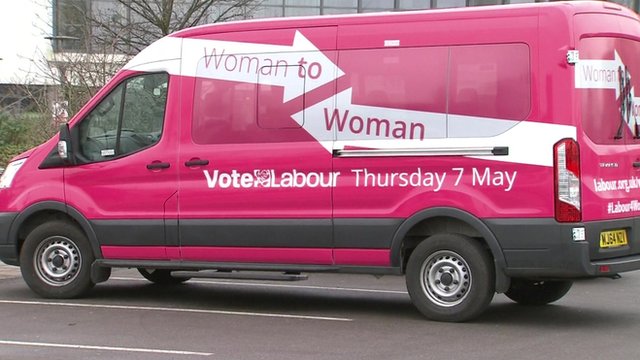 I was asked on a comment elsewhere today: “I wonder what Elizabeth Cady Stanton would think of it all?” Good question, I thought.

Though the question related to another issue, it could easily be asked also about Labour’s Harriet Harman’s new initiative to engage women voters: a pink campaign bus. Harman claims:

The message she wanted to get across to women was: “Use your vote, use your voice because politics is too important to be left to only men voting.”

She’s right that women must use their voice by voting for what’s important to them but she’s misguided if she thinks that touring in a pink bus will help make a difference. Worse, she’s amplifying a culture that infantilises women and girls.

Pink is for girls; blue is for boys

Harman told Sky News that, “It’s not about a colour; it’s about something, it’s about our democracy. It’s a small bus but big issues” (emphasis added). Harman came in for such criticism on her launch that it’s not surprising that she tried to backtrack but, regardless, the reaction to the campaign is very much about colour.

Objectively, pink does not differ greatly from any other colour but it has become the manifestation of the female gender, and femininity, and it is that that gives it significance. Everything for little girls is pink - clothes, shoes, toys, books, games, plates, pens, and I defy you to find a card for a new-born girl that isn’t pink. If something is for women, specifically, it’s going to be pink (1) (2). Let’s not forget that gender-specific clothing is a relatively recent phenomenon (1) (2), and that research evidence indicates that little girls are no more drawn to the colour pink than little boys (and that women don’t prefer pink to other colours), yet these are cultural norms with which we persist.

The impact of these norms throughout the life-course should not be underestimated. Our most basic understandings of gender, and femininity and masculinity, are signified, in part, in colour. We read another’s gender, and make assumptions about the other, through colour. Pink is not just a colour for little girls but a cultural signifier of femininity which is, crucially (and wrongly, I addition, but that’s another discussion), perceived as weakness, vulnerability, emotionality, and inadequacy. Everything for little boys is blue and little boys don’t wear pink - pink is girly and girly is weak and boys are strong.

Women have often told me, for example, that they carefully choose the colour of their outfits before they attend important meetings or events so that they’ll be taken seriously. They choose dark, substantial “manly” colours such as grey, and eschew light, frivolous “girly” colours such as pink. Women know that femininity is a disadvantage because femininity is too often synonymous with weakness and frivolity. And pink is its representation.

Harman’s pink bus perpetuates these damaging cultural norms. So what would Elizabeth Cady Stanton think of it all? She’d probably agree that initiative is patronising and sexist and, instead of engaging women voters, Harman has infantilised them. And, by extension, she has also diminished the importance of women’s issues - if women are frivolous then so too must be the issues related to them. Harman’s political campaign may have scored an “own goal” (ironically) but that is less disquieting to me than her alienating of women voters and her belittling of women’s concerns.

--
(Written for View from the North, reposted here with permission from the author. The author's me, of course, so that was handy.)
Image: courtesy of the BBC.