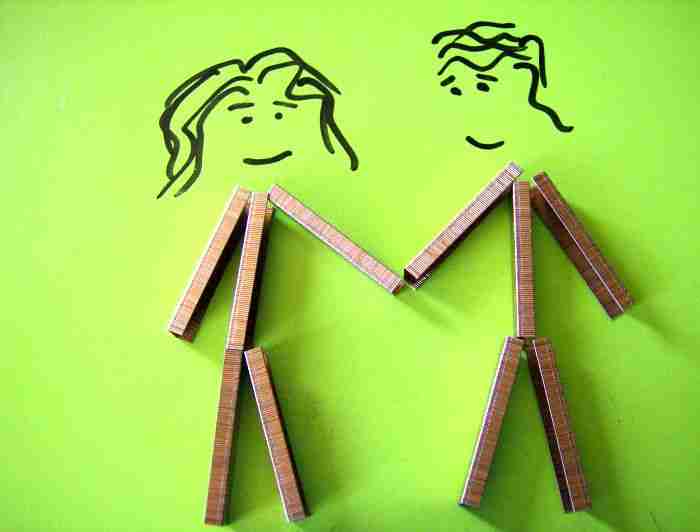 This is a guest post on the blog from Monica Lowry:

If you saw the recent post on femineach on "Five Reasons Why Gendered Products are a Problem," you likely have a better understanding of the harm caused by products directed towards a specific gender. Along with spurring several other issues, they affirm pointless gender binary, reinforce stereotypes, and encourage women to be subordinate to, or dependent on, men.

Thankfully, more people seem to be taking notice of these problems. And their realization is, in part, responsible for more people advocating for a parenting style called GNP, or Gender Neutral Parenting.

GNP can include practices as mild as letting your child select clothes and toys regardless of which gender the products are advertised for, to the more extreme versions that avoid gender pronouns all together. When employed the correct way, this approach can promote a child's healthy development, put value on equality regardless of gender, and break them free of stereotypes.

It's not just a movement enforced through parenting, however. These days more companies are taking action with their products. They're parents an avenue of support in their gender-neutral shopping habits, and providing children with a way to express themselves without the negative influence of stereotypes.

Even classic toys born during a time of extreme gender segregation have turned a new leaf towards gender neutrality. The Easy Bake Oven, for example, recently underwent a change in their image after they created a new oven that shows boys and girls enjoying the toy in their print ads—a trend that's becoming increasingly popular. In fact, some of the most iconic toys ever created were among those on Babble's "20 Best Gender-Neutral Toys for Toddlers" list. Those include My First Dollhouse, which uses a boy in their print ads, and classic Lincoln Logs, which advertisements feature girls.

A similar approach is happening with children's apparel as well, with one of the biggest advocates in the movement being Tootsa. A clothing line for children ages 0 to 8, the brand was established by designer Kate Pietrasik in 2011. After living in France designing for the likes of Roxy and Hilfiger for 10 years, Pietrasik was shocked to see how gender-segregated children's clothing options were after moving to the UK, something that was hardly an issue in France.

When she started Tootsa, it was with the intention of providing a completely gender-neutral line for children to allow them to choose what they like, instead of styles for the roles pushed on them. And it's those same values that the brand maintains today. They don't have separate sections for girls and boys, instead they show boys and girls all wearing the same outfits.

Better still, the movement is having a strong impact on adults as well. Today's adults are seeking out gender neutral products for their children and themselves. According to The Guardian, after listening to the demands from a slightly older crowd for clothing available for them, Tootsa launched its first set of signature knits available in adult sizes in 2013. And just like the children's options, it's unisex.

Hey, you're never too old to feel like a kid again. I say you go out and wear that pink or blue sweater proudly dammit!