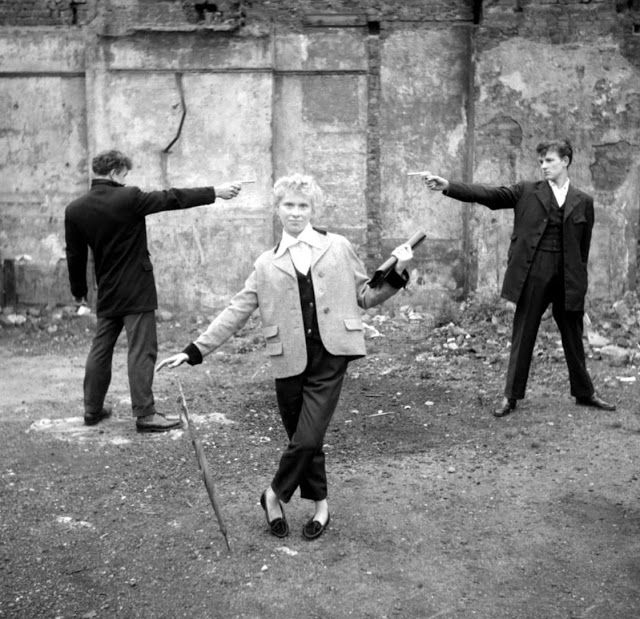 Surprises come in all sizes—some as small as a box full of archived negatives, recounting a female sub-culture in London that was almost forgotten. Meet Ken Russell, who originally wanted to be a ballerina but turned to another kind of art when his father squashed his dream—photography. The freelance photographer-turned-film director soon became known for breaking the rules in his craft, producing some of post-war London’s most expressive work.Russell’s photographs were largely thought to be lost, but when a box labeled “Ken Russell” was found in the archives of a photo library in 2005, an entire world was unearthed. This included his most famous work from the 1950s era, “The Last of the Teddy Girls.“The series documented London’s badass girl gang subculture, which represented both independence and style. The women—known for rejecting societal norms and traditional feminine roles—captured Russell’s attention and became the focus of his work.He recalled, “… No one paid much attention to the teddy girls before I did them, though there was plenty on teddy boys. They were tough, these kids, they’d been born in the war years and food rationing only ended in about 1954—a year before I took these pictures. They were proud. They knew their worth. They just wore what they wore.”Take a look at Russell’s photos and try and be as cool as The Teddy Girls. You can’t, sorry.