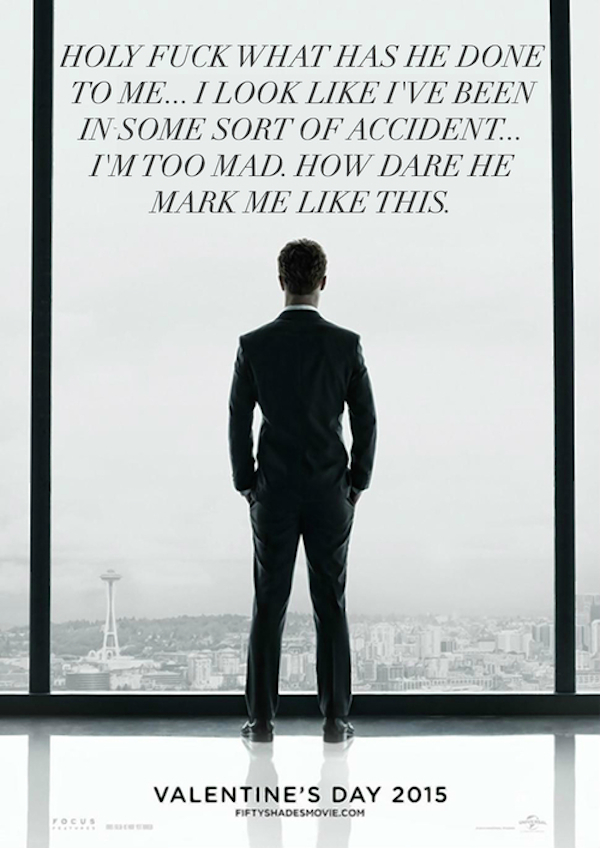 Another excellent piece. This time about consent. On genderfocus:

What is consent? How does one give consent? Where is the line between consent and coercion?

In the book Fifty Shades of Grey, billionaire Christian Grey has no direct power over graduating university student Anastasia Steele. She doesn’t work for him, she’s not going to work for him; he has no sway over her academic success. According to the power hierarchy we normally think of, he has no real social power over her.

When he approaches her to become involved in a BDSM relationship, he attempts to make sure that everything about the arrangement is 100% consensual under the law, as he perceives it. There is an entire chapter dedicated to the tedious details of Grey’s relationship contract. The problem is, Ana has already signed a nondisclosure agreement which prevents her from talking about any aspect of the relationship with anyone other than Grey himself – meaning the only way Ana can gain understanding of what she’s consenting to (the only way she can give informed consent) is by asking Christian or looking it up on the internet.

Ana’s innocence is key to Grey’s control over her. She is graduating university but has never had a boyfriend or dated at all, she gets drunk for the first time in celebration of her graduation, and she is unfamiliar with most of the terms and sexual acts in Grey’s contract. Ana’s roommate, Kate, is described as being considerably more experienced and worldly than Ana. Grey indicates that talking to Kate about him, even without naming names, would be a breach of the non-disclosure agreement. He tells Ana that she can ask him anything about the sex acts and bondage procedures listed on the contract. But is he a reliable source for information?

A feminist take on... #50ShadesofAbuse: Fifty Shades of Consent