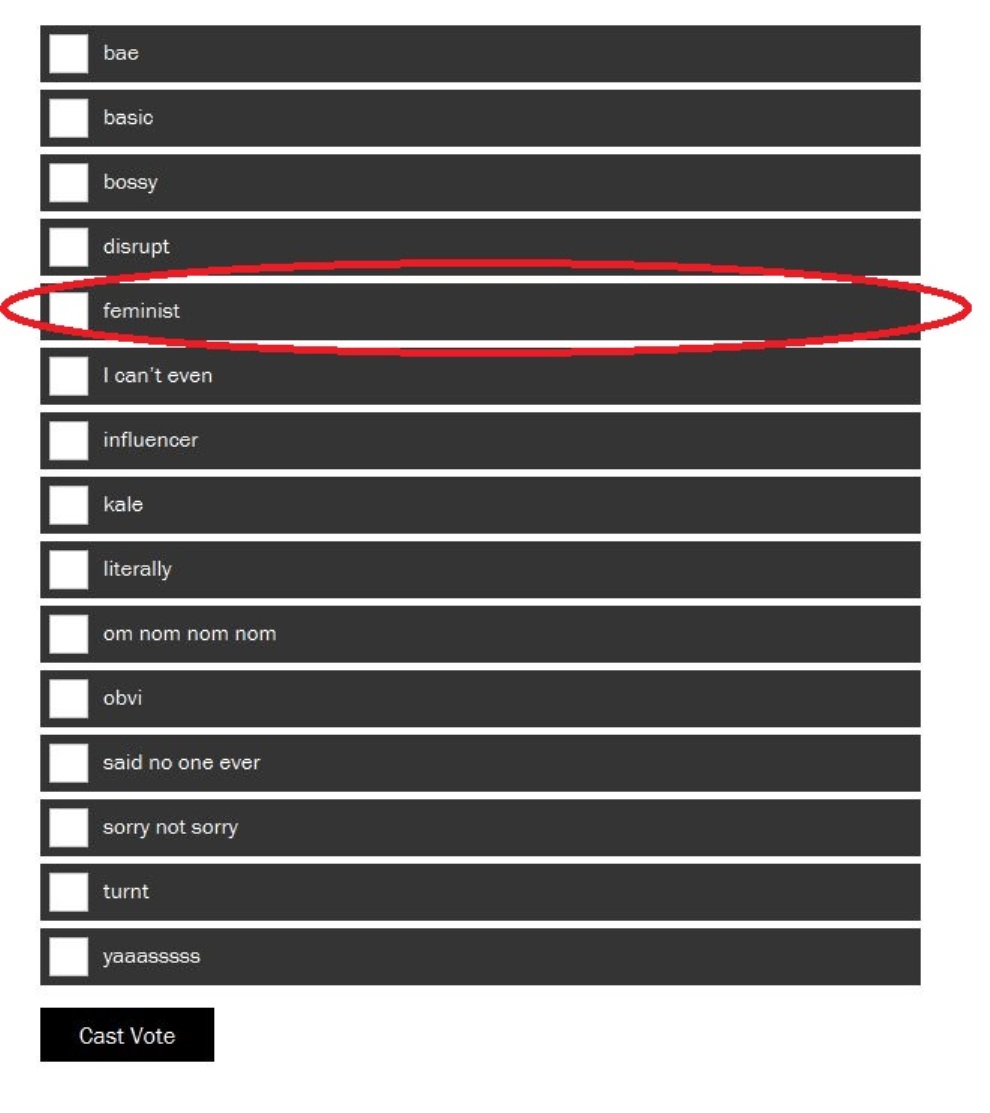 #feminismisdead: There is nothing wrong with the word “feminism” There is nothing wrong with the word “feminism”

This week was also the week that TIME Magazine suggested that we ban the word “feminist“. On its poll of the words/ phrases that it thinks should be banned, it has “feminist” up there with “obvi”, “said no one ever” and “I can’t even”. In other words, TIME hates women fighting for their rights to such an extent that it thinks that their descriptor is as objectionable as flippant and temporary internet slang. (It matters not one jot that TIME has since apologised. Being sorry for getting caught doesn’t play around these parts.) What is worse, though, is that at one point, 51% of respondents had voted to ban the word “feminist”. If that’s not a marker of attitudes towards women, and the level of fear around women continuing to mobilise to upend the patriarchal status quo, then I don’t know what is.

There has been a number of responses to the poll since it launched. Here are some of them. (Rest: feimineach.com)