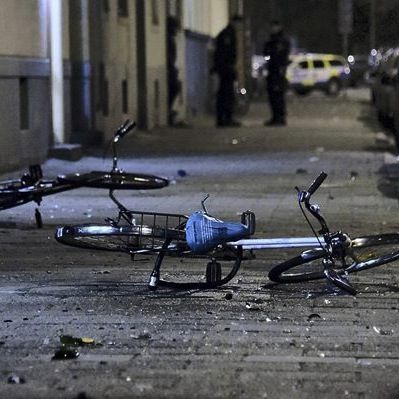 According to multiple left-wing Swedish news sources, the group of feminists were attacked at 1am, leaving a “Reclaim the Night” demonstration on March 9th. It is unknown exactly how many individuals were involved in the attack, but six were taken to the hospital. Of the six, two were attackers and four were victims. The attack took place in central Malmo, in a square known as the heart of the multicultural and left wing district of Malmo.

In a recently confirmed update, which reads like a sensational fiction thriller, Police in Malmo have confirmed that Nazis are behind the attack.

The three men in custody are “known Nazis holding membership with the svenskarnes parti (Swedes party), a party that claims that ‘only people who belong to the western genetic and cultural heritage… should be Swedish citizens.’” It is obvious that this was a planned attack, and is similar to the Nazi attack at an anti- fascist demonstration in Stockholm, less than 3 months ago, which also lead to serious injuries and a murder investigation. [Rest.]