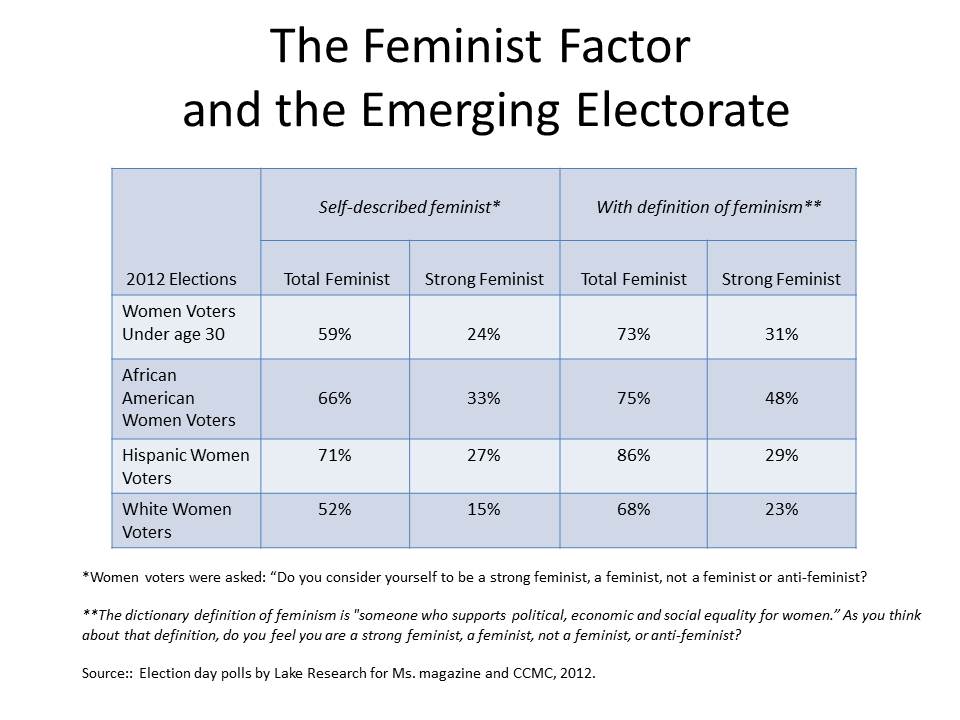 I’m not sure of the methodology and sampling etc. of this poll but the results are interesting nonetheless.

These results are generally 9 points higher than they were in 2008, when the same question was posed to voters, and this upward trend is likely to continue given the strong identification with feminism by younger women and women of color.

Speaking of younger women, a solid majority of them (58 percent) identify as feminists—as did 54 percent of older women, nearly three-quarters (72 percent) of Democratic women and a respectable 38 percent of Republican women.

“The feminist factor cuts across race and ethnic lines,” they note. In fact, white women as a whole are considerably less likely than black and Latina women to claim the label, which is in line with the voting differences I’ve noted before. And which perhaps helps to explain why much of the media continues to act as if feminists are unicorns these days. [Read the rest: feministing]