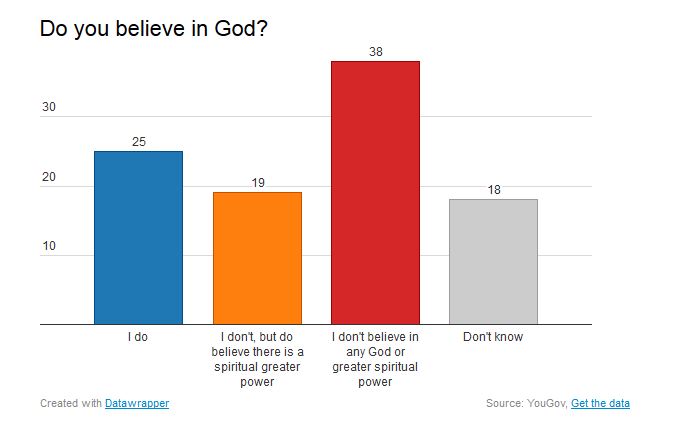 (Well, not entirely if you have a good look at the findings. And a discussion of statistical significance was not included.)

In the 2011 Census, 59% of the population described themselves as Christian and only a quarter reported having no religion. But a new poll of young people for the Sun by YouGov finds that the place of religion in the lives of young Britons is smaller than ever. YouGov asked 18-24 year olds which figures have influence on their lives, and religious leaders came out on bottom: only 12% feel influenced by them, which is far less than even politicians (38%), brands (32%) and celebrities (21%). [Rest.]