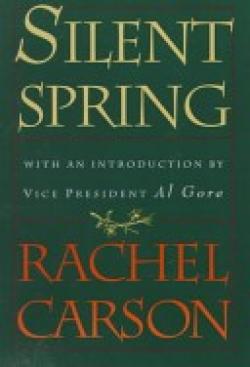 Today’s scientific critiques are rarely so obviously sexist. But the twin gendered responses to Carson’s work—one used to criticize, the other to praise—speak to tropes still wielded against women in science today. If we disagree with her scientific findings, we lean on the idea that women are irrational thinkers. If we accept her conclusions, we express surprise that one outlier has broken through the limitations of her gender—and we wonder if she isn’t a little bit like a man. In fact, feminized terms are still used to discredit scientific work, regardless of the gender of those conducting it. In Slate, Carson biographer William Souder noted that the current debate over climate change appears much like the one over pesticide use half a century earlier: “On one side of the environmental debate are the perceived soft-hearted scientists and those who would preserve the natural order,” he wrote. “(O)n the other are the hard pragmatists of industry and their friends in high places, the massed might of the establishment.” Science is still a fight between soft hearts versus mighty pragmatists, even if the battle is one largely waged by men.