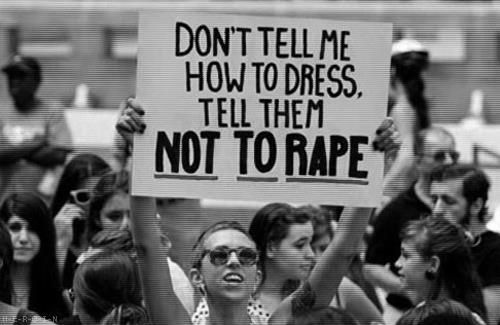 I actually had an argument about this issue elsewhere on the web some weeks ago. It was all over the blogsosphere that the Church of Scientology (yeah, that's not a terrifying crowd at all!) is forcing women to have abortions, sometimes late on in pregnancy. Now, my first thought about this was that Scientologists are anti-abortion. As it happens, they are. On the surface. And let's face it, them Scientologists aren't all about you digging deeper now are they? But someone did.

Jezebel, a mainly feminist online magazine, reports that members of the Church of Scientology, or more precisely members of the religious order Sea Organization (the management wing of the church, it seems), are claiming they were coerced and pressured into having unwanted abortions.

More than a dozen women have come out against Sea Org, reports the St. Petersburg Times. They say the organization began pressuring them (or women they knew) to have abortions from the moment they got wind of the pregnancy. Many of the members were young, relatively vulnerable women, who had known no life outside the church. Instead of being presented with their options, these teens were made to feel as though they didn't have a choice. Pregnant women were shunned by other members, called "degraded beings," and criticized for their unethical and selfish decision. Claire Headley, a former member who had been in the church since age four and a member of Sea Org since 16, says she had two abortions while working within the organization, both of which she regrets. Headley, now 31, has filed a federal lawsuit against the church. She will go to court in January.

(Now, before anyone accuses me of hypocrisy and contradiction for being one minute pro-abortion and the next minute condemning it, I note here again that it's all about the choice. HER choice.) Apparently, in the 1980s and 1990s, members of the church were allowed to have children but since then the church has changed its rules. The new policy did not specifically talk about abortions, but noted that any church members wishing to start a family should be immediately expelled from the program. Yeah, really! Children, you see, were forbidden within the organisation. The only children permitted were the ones recruited, who were, notably, often encouraged (coerced? bullied?) to sign their billion-year contract at ages as young as 12.

Does all of this strike anyone as just completely f-ed up? Good!

But anyway, the point: in the discussion I got into elsewhere, I was informed that these women were lying, that it never happened, that the church would never do that, that these accusations were fabricated because of someone else's agenda. When I asked who else's agenda that might be, the response was vague at best. The implication of the doubter's argument? These whores are just making it up to get their hands on some cash.

And this is what women and girls of any age have to endure whenever they try to bring to light that their boyfriend hit them, their boss groped them, their step-father raped them: she's a whore who's just making it up because she wants attention, money, revenge, or is promoting someone else's agenda. Or, at best, if it did happen, she brought it on herself. In any case, it's more than likely not true. This is our first call and there is seldom an acceptance that what she is saying is true and that she is saying it because what happened to her is wrong and unacceptable and she needs people to know about it for whatever reason. Even people who think they know better still victim-blame, and we attribute what happens to women to their own behaviours and not the behaviours of those who do it to them (she shouldn't have been drunk, she shouldn't have been walking alone, she shouldn't have talked to him for so long at the bar). And every single one of those reactions makes it that little bit harder for a woman to come out and tell someone what happened to them because they fear the ridicule and the blaming. Call me naive, but I just cannot believe that we still live in a world where it's more acceptable to victim-blame women, and question their motivations, than it is to try to help them.

The patriarchy has never been so alive and well.