#vivelafeminism: Kat Banyard: ‘We were sold a lie on an almighty scale, that equality had been won, the battle was over’ 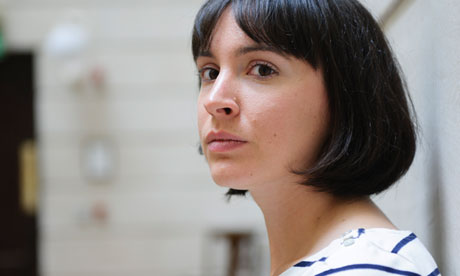 I adore this woman.

Britain’s leading young feminist talks about the global exploitation of pornography, women’s right to an abortion, and the mass lobby of parliament she is leading.

, the grassroots movement founded by Banyard, will be

on 24 October alongside other feminist groups such as the Fawcett Society, led by Helen Pankhurst, great-granddaughter of Emmeline and one of the Olympics suffragettes. When Pankhurst was recruited earlier this summer, Jacques Rogge was hailing the Games as

“a major boost for gender equality”

, and in the warm Olympics afterglow a mass lobby in protest at the erosion of women’s rights had struck some as anachronistic. But since then we have seen the minister for women call for a reduction in the abortion limit to 20 weeks – and the secretary of state for health propose, apparently off the top of his head, a time limit of just 12 weeks. Suddenly the protest could not feel more timely nor more urgent.
“It shows we can never afford to be complacent about the right to an abortion. It’s easy to become complacent, and then suddenly we see these attacks, and it brings home how important it is that we maintain a really strong pro choice movement. We need to speak out openly about our own experiences, because these ministers’ statements are creating a hostile environment. One in three women have an abortion in their lifetime. The majority of the UK population support a woman’s right to choose. All the main UK medical bodies support the current term limit. So it’s just not true that the situation has changed in any way. It shows you that women’s bodies are still battlegrounds.”[guardian]